A confrontation ensued between Bejaj and Masika before the assailant drew his machete and injured the victim on the left arm. 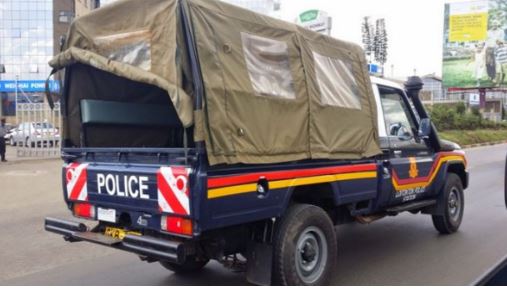 A 35-year-old man has been hacked with a machete by his neighbour after a misunderstanding over shoes in Likoni, Mombasa, Kenya.

A police report revealed that Museje Bejai was attacked by Rua Masika after his younger brother (Museje's brother) failed to return a pair of shoes he borrowed to wear to church.

It was alleged that the enraged assailant stormed Bejai's house demanding to know why the brother had not returned the shoes as agreed.

Mombasa County police commander Stephen Matu, while confirming the incident, said Masika did not find the young man at home.

A confrontation ensued between Bejaj and Masika before the assailant drew his machete and injured the victim on the left arm.

"The suspect attacked the victim following an argument over why his younger brother had failed to return the borrowed shoes as earlier agreed.

"However upon arrival at the victim's home, he established that his friend had left and the shoes were not at home, a confrontation ensued and he (suspect) removed a panga and used it to cut the victim's left arm."

The suspect has since been arrested and is being processed ahead of arraignment in court next week to answer to charges of causing grievous harm. Bejai was treated at Manyatta hospital in Likoni sub-county and later on discharged.