Ijewere stated this in the comment section of Chacha’s Instagram post after the 34-year-old announced for the second time in two years that her marriage to the movie director has ended. 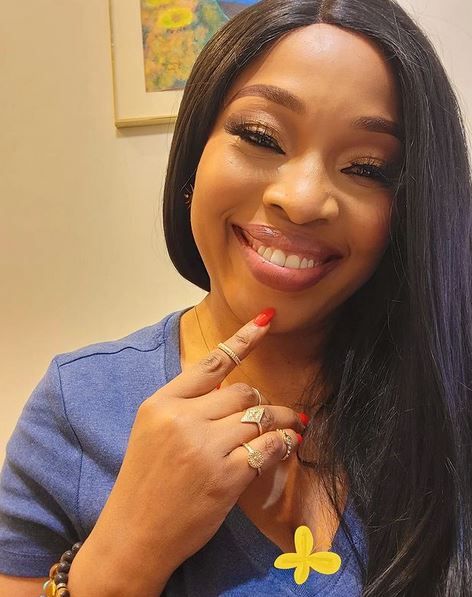 Esther Ijewere, a women's rights activist has reacted to the announcement of Chacha Eke, confirming that she is leaving her marriage.

Ijewere stated that Chacha made her and others look like liars two years ago when she first announced her split from husband, Ausin Faani.

Ijewere stated this in the comment section of Chacha’s Instagram post on Tuesday after the 34-year-old announced for the second time in two years that her marriage to the movie director is over.

The actress left a shocking message for her 4 million followers on Instagram in the early hours of Tuesday where she revealed that she has been living lie. 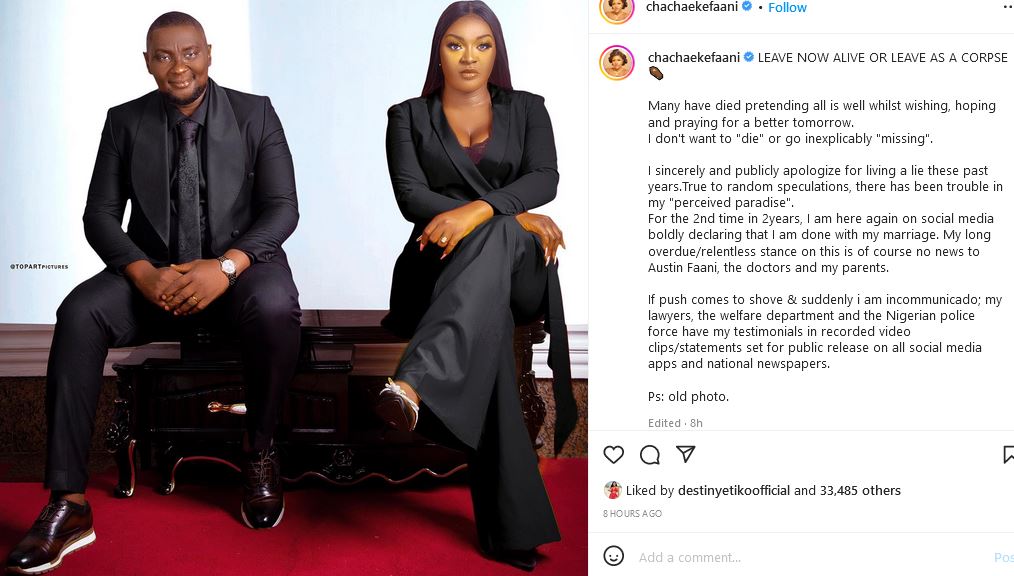 Reacting to the message, Esther wrote: “Leave to Live! It’s the same thing we told you 2 years ago. In Jesus name, put yourself and your kids first. No marriage is worth losing your safety and sanity for. Your children need you more. Please LEAVE. We can only advocate, the decision is yours to make. You made us look like liars 2 years ago, here we are again, Chacha, choose YOU first.”

In October 2020 Chacha announced that her marriage to Austin Fanni has ended, disclosing that he assaulted her.

She, however, retracted her statement, stating that the drama that surrounded her marriage at the time was due to the bipolar disorder she was suffering from.

The mother of four later released a video stating that she was still with her husband and that she would not leave her marriage.

Chacha and Austin got married in 2013.