Ohiani who is pioneer staff of the agency started working there since it was established in 2009. 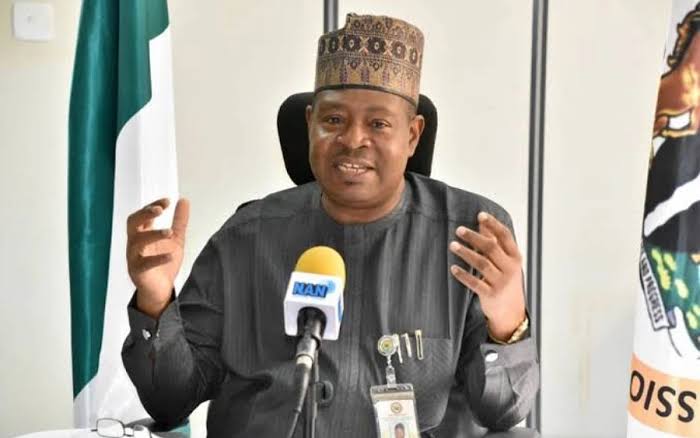 It has been revealed that a nominee of President Muhammadu Buhari has no primary School leaving Cerificate as he was said to have stopped in primary five.
The revelation was made by the Senate yesterday.
Buhari had nominated Joe Anekhu Ohiani as the substantive Director-General of Infrastructure Concession Regulatory Commision (ICRC) before the Senate made the discovery.
Consequently, the Senate asked him to go and supply documentary evidence of his primary school education before his appointment can be confirmed as there was no document to show that he went to a primary school.
The directive of the senate was when Ohaini from Adavi Local Government Area of Kogi State appeared before the Senator Adamu Aliero, Kebbi led Senate Committee on Works for screening in line with provisions of the 1999 Constitution.
While the lawmakers were satisfied with other credentials of Ohiani who currently serves in acting capacity, the Senate Committee insisted that he should provide his primary school documents.
Ohiani who is pioneer staff of the agency started working there since it was established in 2009.
Trouble started after Ohiani in his opening statement told the lawmakers that he did not finish his primary school education and that in primary 5, he wrote and passed examination into the secondary school.
Apart from the hurdle of providing evidence of his primary school, Ohiani also had to respond to probing questions from one of the lawmakers on how he had allegedly been forced to compromise a few times against his professional judgements on matters.
The Nominee while responding, denied the allegation explaining to lawmakers the integrity tests businesses must pass through in ICRC before he can attest his signature to them, just as he explained that nothing is cast on stone and that sometimes especially after a client as effected noted corrections, the commission could revert its stance on an earlier decision.
Ohiani is a trained lawyer from the Ahmadu Bello University, Zaria. He is also an admirably schooled financial administrator who has served in various Presidential committees.
As a pioneer staff of ICRC, he boasts of cognitive experience to required to steer the ship of the agency.
Nigeria has a huge infrastructure deficit and to make up for the shortfall, the country has expanded its total debts to roughly N51 trillion.
In his remarks, Chairman, Senate Committee on Works, Adamu Alierio who noted that ICRC will have to come forward with brilliant strategies for concessioning that can help turn around the economy, said that anything short will plunge the country into more debts.
He said that the Senate has removed all encumbrance for the commission to hit the ground running when it passed the ICRC establishment bill last week.
In his response, Ohiani shared a few insights into what he hopes to achieve if given the job, adding that he has penciled down 53 projects worth $80 billion. The projects include six standard hospitals in each of the geo-political zones which he hopes will drastically reduce medical tourism.
He said that the ICRC under his watch will also create Mobile Medical Units that will take health care treatment to the nooks and crannies of the country, adding that with Lekki Deep Seaport near completion and that of Badagry Seaport coming after, the problem of congestions that have hindered businesses at the Apapa/Tin Can Island ports will be reduced if not completely eliminated.
He shared similar roadmaps on roads, ICT and the needs for Smart Classrooms for students, e-library and in the aviation section he hopes to bring to fruition if appointed.
In the mean time, he has to first present evidence that he attended primary school before he would be cleared.
Top Stories