Lucky Onotai, professor and chairman of the medical advisory committee at Port Harcourt Teaching Hospital reacted to the report. 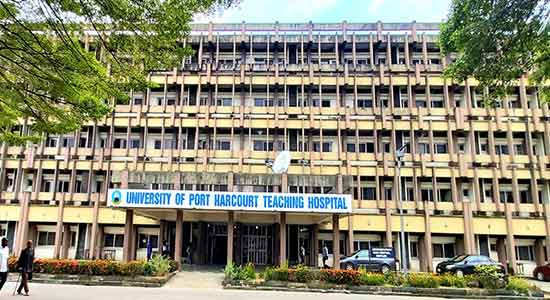 The management of University of Port Harcourt Teaching Hospital (UPTH) has reacted following viral claim that 14 babies died at the special care baby unit of the hospital due to a power outage.
Lucky Onotai, professor and chairman of the medical advisory committee at UPTH reacted to the report.
He dismissed the claim, adding that “nothing like that happened”.
He, however, confirmed there were some “transformer issues” but insisted it did not affect the special baby care unit, where the incubators are kept.
Onotai said;
“I don’t know why people like to thrive on fake news. I have said this before, nothing like that happened. People just want to tarnish the hospital’s name.
“Yes, there was a power outage, but there are special departments that have dedicated generators on standby. One of them is the special baby care unit. It is impossible for power to go out that long. If anyone died, why haven’t the mothers come forward?
“The hospital’s PRO has also confirmed that it is fake news. We receive hospital statistics every day, but nothing of such has happened. People like to spread false news like a wildfire in a dry harmattan.”
Best Ordinoha, a professor and doctor at UPTH, also refuted the claim. In his statement to TheCable, he said:
“There has been an irregular power supply in the country, our hospital is not exempted.
“Some administrative departments are the ones that suffer it most, but there are some units that can never be affected.
“Let me tell you, the special baby care unit has its own generator. If the power goes out, the generator comes on immediately. Before the babies die from temperature irregularity, it will take hours. Do you think it is possible for health care professionals to sit and fold their hands for hours and watch the babies die?
“It is not even the hospital’s responsibility to provide power but we do it anyway. We deserve some credit here, it’s not fair.”
The BBC Pidgin visited the special care baby unit in Port Harcourt.  In its report, a mother, Peace Marcus, whose baby is still in the incubator receiving care said she has been on admission for over a month with her preterm baby.
Peace also said she has not seen a dead child in the baby care unit since she got admitted. She said;
“I’ve stayed here over one month because I have a preterm baby. I’ve never heard of any babies dying here. No babies have died here.”
Top Stories