The petition sent to the IGP, dated June 7, 2022, exactly one month ago, called for a thorough investigation into the alleged extrajudicial killing. 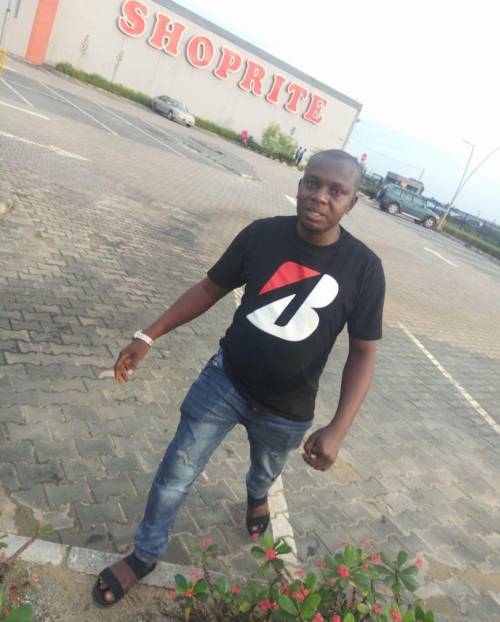 According to a report by SaharaReporter, the family of Emmanuel Agbomu of Egor, Benin City, Edo State has made allegations about sad death.

The family alleged the extrajudicial killing of their son, Ebi Larry Agbomu, who was arrested by police operatives led by one Inspector Ogbemudia Friday Nosa on May 24, 2022, at his residence, Guobadia Street, Off Country Home Road, Benin City.

Agbomu in a petition to the Inspector-General of Police, Usman Baba through the Officer-in-Charge, Force Criminal Investigation and Intelligence Department (FCIID), said that since the arrest of Larry in his house, his whereabouts had remained unknown.

The family, which said they are not against crime fighting in the state, noted that if Larry had committed any offence known to the law, the police should have prosecuted him and allowed the law to take its cause instead of killing him.

The petition sent to the IGP, dated June 7, 2022, exactly one month ago, called for a thorough investigation into the alleged extrajudicial killing.

It also asked the police authorities to prosecute officers involved in the killing of Larry.

Agbomu, father of Ebi Larry, while narrating the event of May 24 in his petition and how he got to know about it, urged the IGP Usman Baba to use his good office to ensure the culprits are brought to justice.

He narrated thus: "On the 25th day of May 2022, I got to know from one Emmanuel, a friend to my son, Ebi Larry Agbomu who lived with my son in the apartment my son rented at Guobadia Street, Off Country Home Road, Benin City that when he got home in the evening of Tuesday 24th May, 2022, he met everything scattered in the apartment and did not find my son, Larry.

"On enquiry from neighbours, he was told that some policemen who refused to disclose where they came from took Larry together with Larry's personal belongings like electronics, electrical gadgets and educational certificates away after torturing him. Emmanuel claimed some of his own personal belongings including his certificates were also taken away.

"Same day I came to know of this, I visited the house of Larry in the company of my wife, his mother and neighbours amongst whom was a pastor who narrated to us how they were frightened by the police who broke into the apartment of Larry (who was at the material time at 7:30 pm) at home and forcefully brought him out of the house.

"The Pastor told me that he summoned the courage to climb down from the upstairs to ask one of the officers the next destination they were taking Larry to but that the police drove the pastor away telling him to go back to his apartment, that they did not come for him (the pastor)."

He explained after he got the information, his family members and Emmanuel went to police formations to know where Larry was but unfortunately, they did not find him everywhere they went.

He continued, "As the search for Larry became intensified, reliable information from persons who are afraid to be mentioned said the manager of Residential Inn (which is situated along Christ Way, Off Country Home Road) whose name is Tony Okunhon was arrested on allegation that some boys who planned the kidnap of the owner of Zigi Hotel (situated at Plot 3, New Etete Layout, Off Country Home Road) lodged in his hotel but was later released to the owner of the Residential Inn.

"The Tony is said to have disclosed (despite being under threat of death from police officers who claimed to be from the police detachment at Gapiona, G.R.A., Benin-City) that one Akpos alleged to be a spy on the owner of Zigi Hotel was caught by the police detectives at Zigi Hotel and after being tortured confessed that he had gang members who were on the ground to do the kidnap.

"The detectives were said to have ordered the said Akpos to tell his gang members that they should swing into action by coming to kidnap their target and the gang members actually arrived, leading to a shootout between the police and the kidnappers whereby the police used superior gun power to gun down some of the kidnappers and arrested them while some died on the spot.

"The police orderly attached to the owner of Zigi Hotel who was said to also be on the ground then is one Inspector Ogbemudia Friday Nosa.

"The manager of Residential Inn was said to have been arrested by the detectives because Akpos said his gang members lodged there. Before the very eyes of Tony, Akpos was asked where he lives and he was said to have mentioned that he cohabits with my son, Larry and that seemed to be the offence my son committed that made the detectives to be led to the house of my son (who was not at the scene of the crime) to arrest him."

"I am not against crime-fighting. If my son (who was not at the scene but arrested at home) was connected with the alleged attempt to kidnap and volunteers confessional statement in his living state or if there be any video recording which both owner of Zigi Hotel and Tony said the detectives made, such recording ought to be put on the media and the boys ought to be profiled to face the law having been arrested.

"Such extra-judicial killing of my son who never wielded gun against them does not serve the interest of justice. The worst thing is that the killing or whereabouts of my son or his corpse is covered up by the detectives and the owner of Zigi Hotel till date.

"We urge you to use your good offices to invite the owner of Zigi Hotel, Inspector Ogbemudia Friday Nosa and Tony Okunhon to disclose the police detectives behind the extra-judicial killing of my son.

"I seek justice in this matter in the most peaceful way.”