Nnamani was reacting to youths airing their opinions about him on social media, insisted that he would not be bullied and “shut out” of social media. 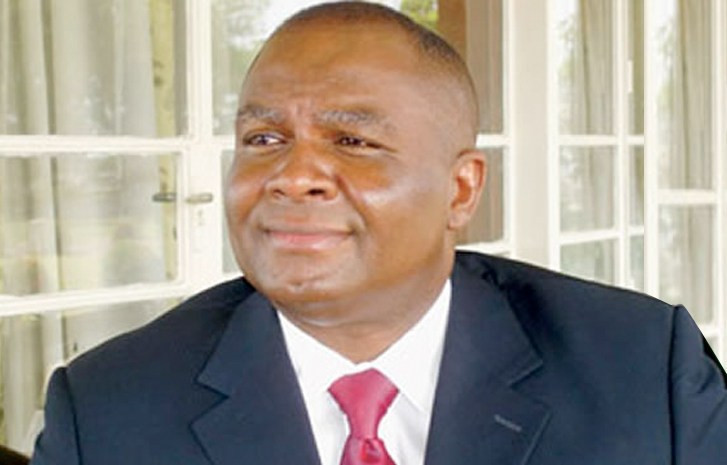 The senator representing Enugu East Senatorial district, Chimaroke Nnamani has lashed out at Nigerian Gen Z made up of youths.
According to him, they are intolerant, rude, condescending, intellectually averse and shallow.
Nnamani is a former Governor of Enugu state.
Generation Z (or Gen Z for short), colloquially known as zoomers, is the demographic cohort succeeding Millennials and preceding Generation Alpha. Researchers and popular media use the mid to late 1990s as starting birth years and the 2010s as ending birth years.
Nnamani who was reacting to youths airing their opinions about him on social media, insisted that he would not be bullied and “shut out” of social media.
He tweeted;
As I engage every day, tweet, retweet, like , comment and participate in spaces. I worry about the Nigerian GenZ our so called woke version. Intolerant, rude, condescending, intellectually averse and shallow. Quick to dismiss and curse.
Self 'disregulatory' consumed by indissoluble anger and palpable hate. Denigratory and proselytizing. Intimidating, cyber bullying, destructive personal preachments. Ifechidere Ugwu BA(Nig)History advocated that none should listen to me anymore.
In her words I play "obscurantism " Grandstanding, high falutin tirades and misplaced exuberance of youth. A generation thinking war with elders but at war with itself. Fighting in blind anger with their personal chi. So dismissive of alternate view points.
One Jack(of all trades) thundered Chimaroke Nnamani is a thief! Let him sue me! Ignoring cyber and Criminal defamation laws. Those local with me threaten those living abroad with fire and brimstone. Meaningless terms, unschooled prose and dysfunctional writing affect.
Romanticizing strife and discord. A generation continuously sighting a mirage from Golgotha and no enthusiasm for Damascus. Having fought to guarantee Freedom in the social media. Now a millennial and GenZ gang up to shut me out. But me too can play here.
Methinks some like Ms Ifechidere worry this old man can out hustle them. For an A game is an A game even in Twitterville. So folks ebeano is IN. Live with it. Let's go tweet. Ain't nothing stopping me! Ain't over till the big mama sings!#ebeano in #Aladimma, #SouthEastNG 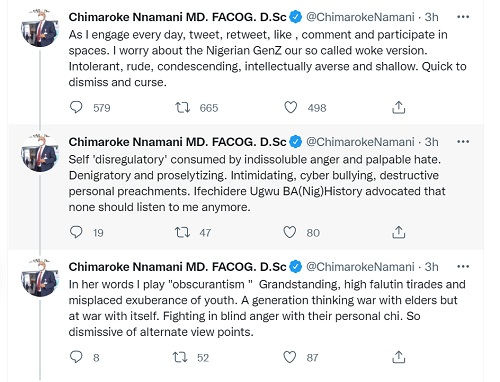