Lawan said he was disappointed that there were no Closed-circuit television (CCTV) devices at the Kuje medium-security custodial centre in Abuja. 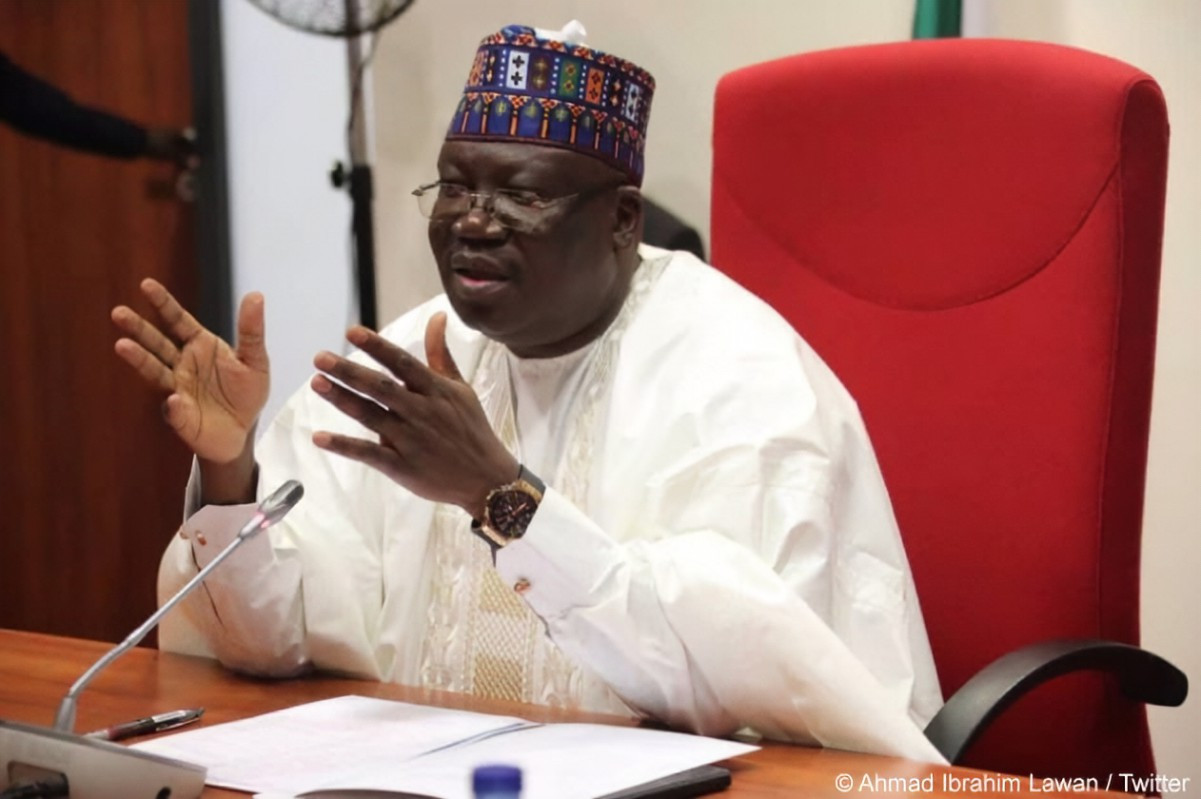 Senate President Ahmad Lawan has reacted to the terrorist attack at the Kuje Medium Security Custodial Centre.
While condemning the attack, Lawan said the success of the terrorist attack was as a result of the failure of the country’s security architecture.
He said this after leading a delegation of the leadership of the Senate to assess the level of attack on the correctional facility on Thursday July 7.
He stated that the attack on the Kuje Medium Security Custodial Centre was possible with the collaboration of insiders within the nation’s correctional system.
He also disclosed that he was disappointed that there were no Closed-circuit television (CCTV) devices at the Kuje medium-security custodial centre in Abuja.
Lawan asked the Comptroller General of the NCS to include a request for the provision of CCTV across maximum and medium correctional centers across the country in its 2023 budget proposal to the National Assembly for approval.
He said;
“The attack on this correctional facility is symptomatic of the failure of security failure. The attack is only a culmination of the failure.
“We were told that an estimated 300 terrorists attacked this facility. They came on foot, and I believe they should have been detected.
“In the first place, three hundred people will not come for an operation like this without planning. Planning must have taken a week, a month or a bit more. I believe that our security agencies should have picked this from their tracking systems in the FCT.
“Secondly, having gone round the facility itself, we are disappointed that this facility does not have Closed Circuit Television (CCTV) cameras, something that would record and give you details of what is happening and sometimes record the events.
“This is a medium security custodial center, how on earth in the FCT facility of this magnitude we don’t have CCTV? It means we can say that all other medium security centers across the country do not have CCTV.
“We have asked the Comptroller General of Correctional Centre to ensure that the request for CCTV at the maximum and medium custodial centres of the country are included in their 2023 budget because this is essential and indispensable.
“Now, as this facility lacks a functional CCTV, there’s no record of what happened, except narration. But if we had CCTV, at least the records would have been there and analysis made, and arrest will be based on the information from the CCTV.
“Thirdly, going from one cell to another to release people, specifically, those that are known to be insurgents, tells a lot of story.
“It may not be far away from an insider job, someone who is either working in this place or must have worked here.
“I think we have to look deeper into what happened, so that we find the culprits, because when things like this happens, then there should be sanctions.
“Where people fail to do their job properly, and they have been given that responsibility, they should be asked to take responsibility.
“If people don’t take responsibility for their failure, then it means nobody would bother to do what is expected of their office or the job that the person has been given.
“Having this kind of situation today in the FCT, that we have criminals who are free now all over the city is very dangerous and you can never have peace of mind.
“The FCT has the seat of government, and today that seat is not safe. So, we have to do whatever it takes to get everybody back.”
Top Stories