President Muhammadu Buhari And APC Have Nothing To Offer Nigerians, Terrorists Fighting Their Sponsors – Pastor Giwa


The popular pastor said the terrorists have infiltrated all segments of the country, particularly the APC-led administration of President Buhari. 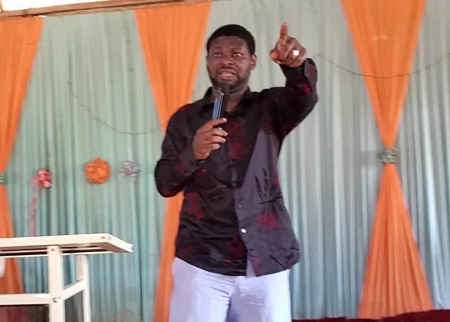 The Senior pastor of Awaiting The Second Coming Of Christ Ministry, Adewale Giwa has reacted to terrorist attacks at the Kuje prison and the presidential convoy.
Recall that terrorists this week attacked Kuje Correctional Centre by ISWAP and the advance team convoy of President Muhammadu Buhari, leaving Nigerians in shock.
According the popular pastor, the terrorists have infiltrated all segments of the country, particularly the APC-led administration of President Buhari.
Giwa, who stated this on Friday, said, “I’m not surprised to read the news about the attack on the President. Fulani terrorists have taken over the government from the APC-led administration.
“I have persistently warned that President Muhammadu Buhari and the APC have nothing to offer Nigerians. Another election is on the way, and I hope that Nigerians won’t make another mistake.
“The terrorists are now fighting their sponsors. The equipment they bought for them before 2015 elections are now being used to terrorize the entire nation.
“It has gotten to the point that we have to defend ourselves with whatever we have because the government has failed to provide adequate security for its citizens.
“I have said it that there are terrorists sitting and eating with President Muhammadu Buhari. He needs to come clean to Nigerians.
“You can’t win the battle against terrorists when you are surrounded by terrorists.”
Top Stories