The inmates had escaped the correctional centre on Tuesday night after members of the Islamic for West Africa Province attacked the facility. 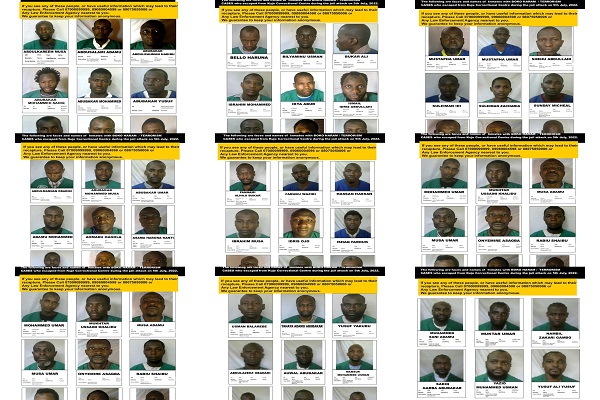 The Nation reports that the Nigerian Correctional Service has released some more information about the convicts who escaped from Kuje prison.

The service on Friday released the names and images of inmates with cases of terrorism who escaped from the Kuje Medium Custodial Centre in the Federal Capital Territory.

The inmates had escaped the correctional centre on Tuesday night after members of the Islamic for West Africa Province attacked the facility.

According to the Minister of Defence, Maj Gen Bashir Magashi, all the Boko Haram terrorists kept in the facility escaped during the attack.

However, ISWAP in a 30-second video on Wednesday night claimed responsibility for the attack.

The Spokesperson for the service, Umar Abubakar, in a statement on Wednesday, said 879 inmates fled but 443 of the escapees were recaptured, bringing the total number of inmates in the facility to 578.

However, the names and images of those being tried for terrorism released by the service contained 69 inmates.