Adeleke’s educational qualifications, especially his Senior Secondary School Certificate, has been a major campaign weapon for his political opponents. 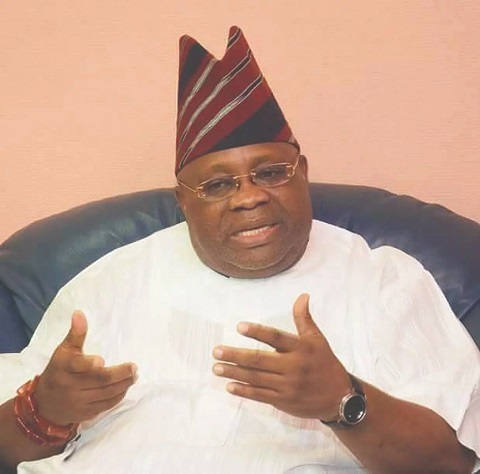 Senator Ademola Adeleke has spoken about the controversy surrounding his educational qualifications.
The governorship candidate of the Peoples Democratic Party, PDP in a recent interview, revealed that he returned to school due to the controversies.
Adeleke’s educational qualifications, especially his Senior Secondary School Certificate, has been a major campaign weapon for his political opponents, who say that the lawmaker did not attend secondary school.
Recall that the Senator representing Osun Central Senatorial District, Ajibola Basiru, in a recent interview said that Adeleke deliberately left blank the part he was supposed to fill in details of his secondary school certificate in the form CF01 submitted to the Independent National Electoral Commission, INEC.
Basiru, who is also the Senate spokesman, said he has copies of the forms from 2018 to the present one, claiming that Adeleke initially claimed he has secondary school certificate in 2018, but in the present one he filled, he deliberately omitted that part.
But speaking during the governorship debate hosted by Channels Television on Sunday, Adeleke said, “As soon as I become Governor of Osun State, I’ll declare a state of emergency on education.
“You know why? Because I went back to school when there were controversies surrounding my educational qualifications.
“I went back to school to be a role model for the young people, even the adults to prove that it’s never too late to be educated.
“I went back there very boldly and studied with people that should be my grandchildren. Today, I thank God that I’m more educated and ready to rule Osun State.”
Top Stories