The unfortunate incident reportedly occurred at Kwarare along Katsina-Jibia road on Monday, July 11, 2022, when the celebrants were returning to Jibia from Katsina. 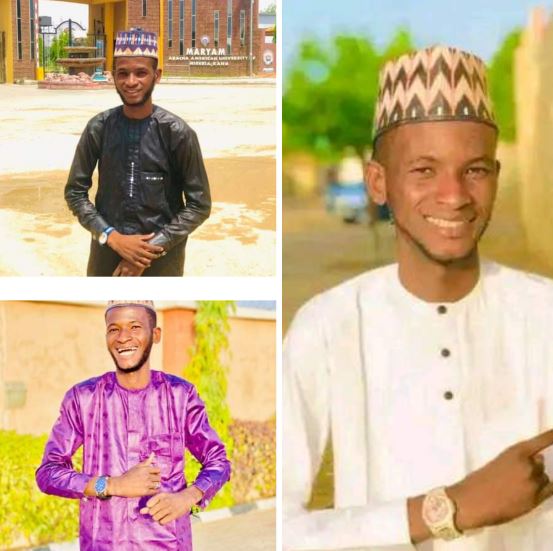 A final year student of the Federal College of Education, Katsina, has been killed and two persons abducted by bandits who attacked vehicles conveying Sallah celebrants in the state.

The incident reportedly occurred at Kwarare along Katsina-Jibia road on Monday, July 11, 2022, when the celebrants were returning to Jibia from Katsina.

The deceased, Anas Adamu, a final year student was set on fire by the bandits.

A friend of the deceased, Muhammad Aliyu, told Daily Trust that the bandits used some firewood to mount a road block when the three private cars of the victims ran into them.

"After their sallah celebrations in Katsina, they left around 8:30pm for Jibia. On their way, the vehicle in front sighted the firewood road block at a very close range, and rammed into it. He lost control and veered into the bush but was eventually able to drive back to the road and that was how they escaped," Aliyu narrated.

"As for the second and the third vehicles, the bandits had already pounced on them. They shot one of the drivers in the leg and attempted to kidnap the two passengers with him, but the deceased attempted to escape. Unfortunately, they caught him, broke his arm and leg and set him on fire. That was how he lost his life. Then they kidnapped the two people on the last car and one from the second car." 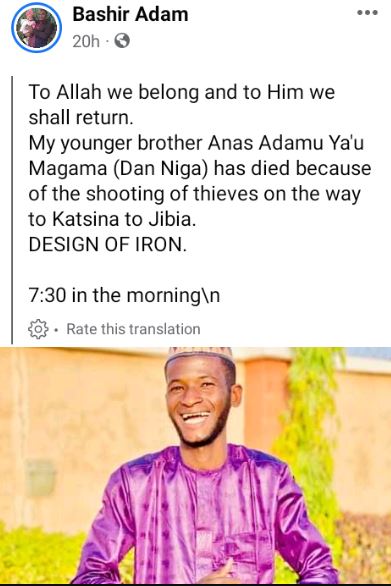