The youth group also called on Nigerians to reject politicians that promote bigotry and other tendencies that threaten peace and unity. 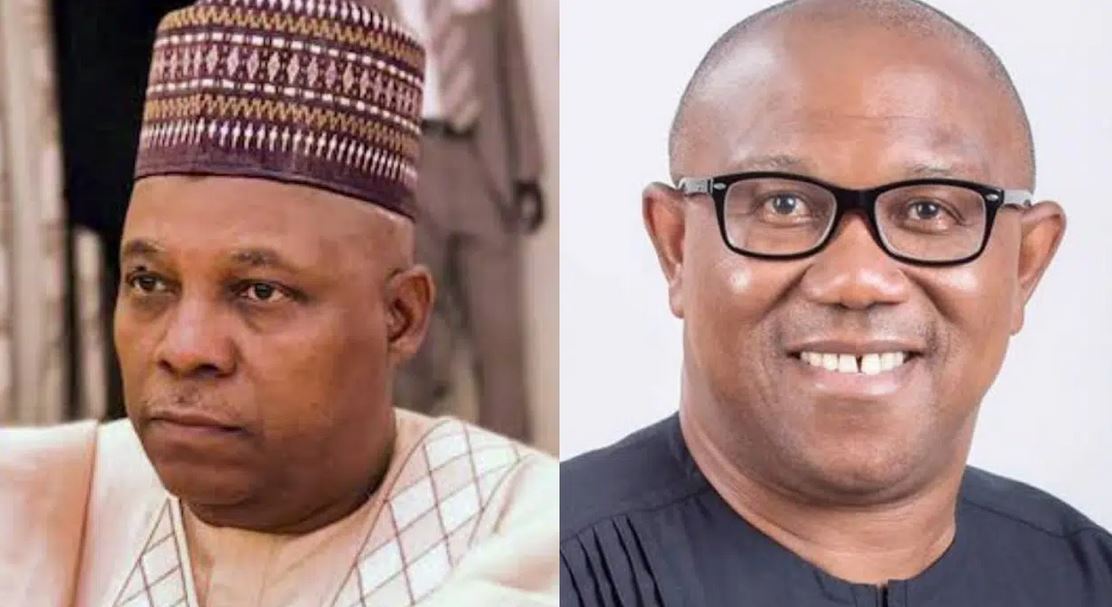 APC Vice Presidential Candidate, Kashim Shettima has been removed as a patron of the Coalition of Arewa Youths for Peace and National Development over the divisive comment he made about Labour Party’s presidential candidate, Peter Obi.

Recall that Shettima had in an interview on Arise TV last weekend, questioned the capacity and competence of the former Governor of Anambra State, to lead the country as president.

The Northern group pointed out that Shettima had “in a derogatory tone,'' said that the LP flag-bearer could best be a “president in Igboland”, thereby attracting criticisms from thousands of the latter’s supporters, who identify themselves as “Obi-dients” among other well meaning Nigerians.”

”The presidential candidate of the Labour Party, Mr. Peter Obi has no political base and structure to win the next election in 2023. As far as I am concerned, he’s politically structureless with little or no experience to lead this country.

“Nigeria requires a technocrat and a sound administrator who will continue from where President Muhammadu Buhari stopped, not someone who will come to take us back to the era of PDP. Nigerians don’t want that.

“Presidential position is not for the unprepared neither is it an all comers’ affair. Peter Obi can only become a President in Igboland but definitely not in Nigeria. Nigeria is too big for him to handle.

“He has no leadership ideology nor experiences like President Muhammadu and our incoming President in the person of Asiwaju Bola Ahmed Tinubu.”

COAYPANU condemned the comment, describing it as “provocative”. The youth group called on Nigerians “to reject politicians that promote bigotry,and other tendencies that threaten peace and unity.”

They added that ”Shettima’s attack on Obi smacked off perceived bigotry.” The statement released by the group's National President, Alhaji Mohammed Gwadabe, read;

“Considering the weight of the provocative,divisive and reckless statement made by our patron, Alhajji Kashim Shettima which is against the spirit of unity we stand for, and following consultations from members across the 19 states of Northern Nigeria, and approval from National Executive Committee in our emergency congress held, we, by this statement, announced the immediate removal of the APC Vice Presidential candidate as our patron.

“We are ashamed to associate ourselves with someone of Shettima’s standing who, despite piloting the affairs of his native Borno State as governor for two consecutive terms, still does not know that Nigeria is for everybody, irrespective of tribe, religion and cultural backgrounds.

“The reckless and retrogressive statement he made against Peter Obi and Igbo presidency is his personal view and not that of our organisation which he was a patron at the time of the provocative statement.”

The youths stated that the caustic statement was a reflection of the former Borno governor’s state of mind.

“The era where Arewa youths just accept whatever choices, or decisions made by the APC, is gone for good, and that point must not be taken for granted.

“Henceforth, Northern youths, who are distinguished in every right, shall vote character and competence, while relegating tribe and religion to the background, as far as elections that will decide their future are concerned.

“We call on all well-meaning Nigerians, especially our youths and Northern elites, to, in the interest of our diversity and unity, condemn – in the strongest term – this unpatriotic statement capable of igniting ethnic tension in the already-charged polity.

“We hold that such crass propagation of bigotry must not be allowed in a decent society such as ours that is multi-ethnic, multi-religious, and secular in nature.

“In demonstration of our zero-tolerance for rascality, and chauvinism under whatever guise, we have caused the removal of Senator Kashim Shettima, as our patron.

“We are mindful of the fact that, as youths from the Northern region, we are, no doubt, at the receiving end of the insecurity plaguing the nation, with attendant deaths, destruction, and hunger.

“As a matter of fact, there is hardly any part of the North that is peaceful today, as insurgency, banditry and kidnapping have become second nature.

“May we, therefore, use this opportunity to task our leaders to eschew bitterness in their pursuit of political power, knowing that as a fragile nation, all efforts must be geared towards the stability and peace of Nigeria.”