Dino mocked the All Progressives Congress after the party lost the Osun governorship election. 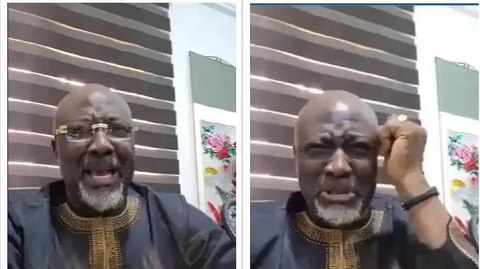 A former senator Dino Melaye has ridiculed the All Progressives Congress for losing the Osun state governorship election.
Melaye took to social media to mock not just APC, but also its presidential hopeful, Bola Ahmed Tinubu.
Recall that the PDP defeated APC in Saturday's governorship election after Senator Ademola Adeleke, won 17 local government area out of the 30 LGAs.
Mocking Tinubu, Melaye said that his direct cousin he installed in Osun state as their governor, lost his re-election to the same person he stole it from.
He then went ahead to sing series of satire songs to Bola Tinubu and APC, while hailing Senator Ademola Adeleke on his victory.
Watch video below: