The Johnson’s Star, Susan Pwajok Shares Her Chat With Late Ada Ameh Before She Died


Susan noted that the late actress has always been there for her since childhood. 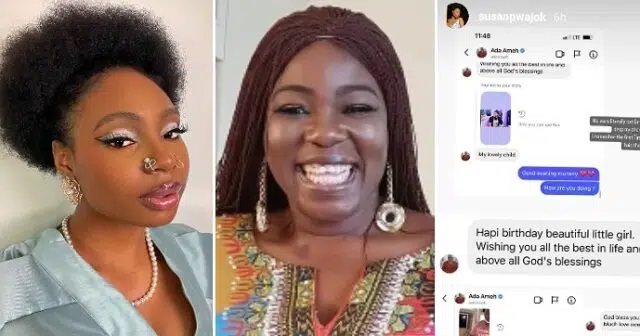 A member of the The Johnson’s drama series, Susan Pwajok known better as ‘Blessing’ has mourned the passing of actress, Ada Ameh.
She took to social media to share the last chats they had.
According to Susan, the late actress has always been there for her since childhood.
The chats showed Ada Ameh checking up on young Susan at several times. In one of the messages, Ada Ameh prayed for God’s blessings to fall on Susan.
“She never missed any of the milestones no matter how small they where. When I graduated from primary school, she brought drinks on set”, Susan wrote while sharing the chats. 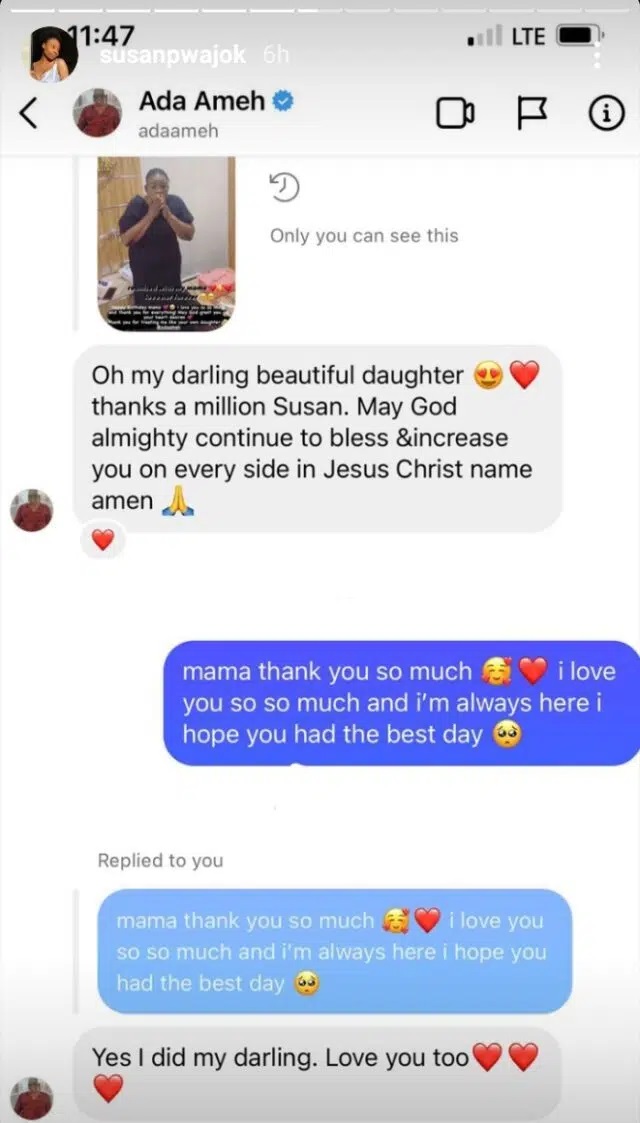 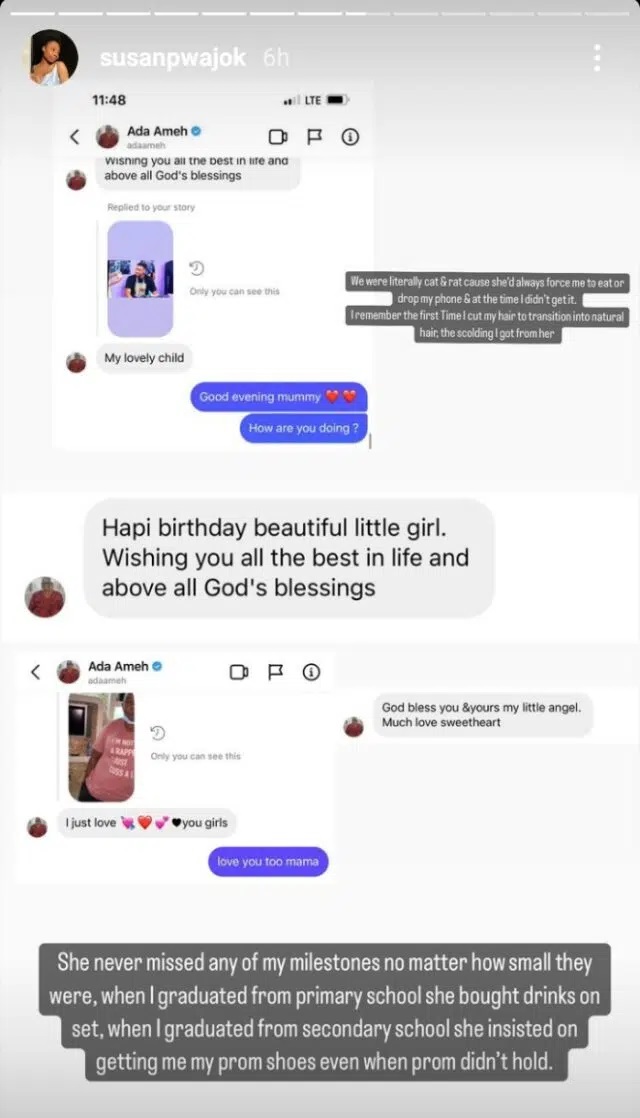