The singer enlightened the troll on the number of houses his family own in Atlanta. 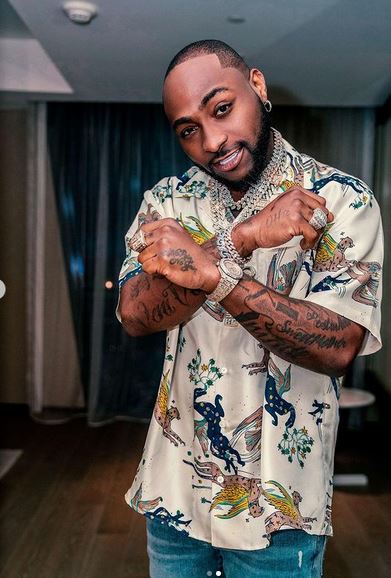 Superstar singer, Davido has taken a swipe at a critic who claimed his uncle, Ademola Adeleke will use Osun state funds to build Atlanta when he resumes office as the governor.

The troll, identified with the Twitter handle @Atiyuski, made the claim after the Independent National Electoral Commission, INEC, handed Ademola Adeleke his Certificate of Return following his victory in the recently concluded gubernatorial elections in Osun State.

He wrote: ” Las las Adeleke will use Osun state money to build Atlanta Georgia. What a pity for the people of Osun state.”

In a swift response, Davido revealed that his family has had four mansions in Atlanta, United States, since 1994.

“We’ve had 4 mansions in Atlanta since 94 #FACTCHECK,” Davido tweeted. 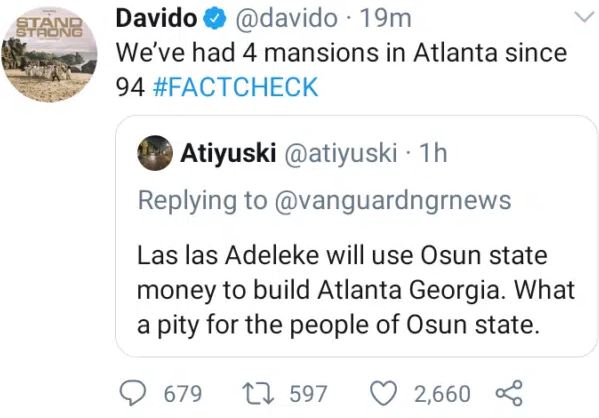