The police in a statement on Thursday, July 21, 2022, said the suspects are of African origin and warned residents against engaging in such fights, highlighting how they affect the security in the emirate. 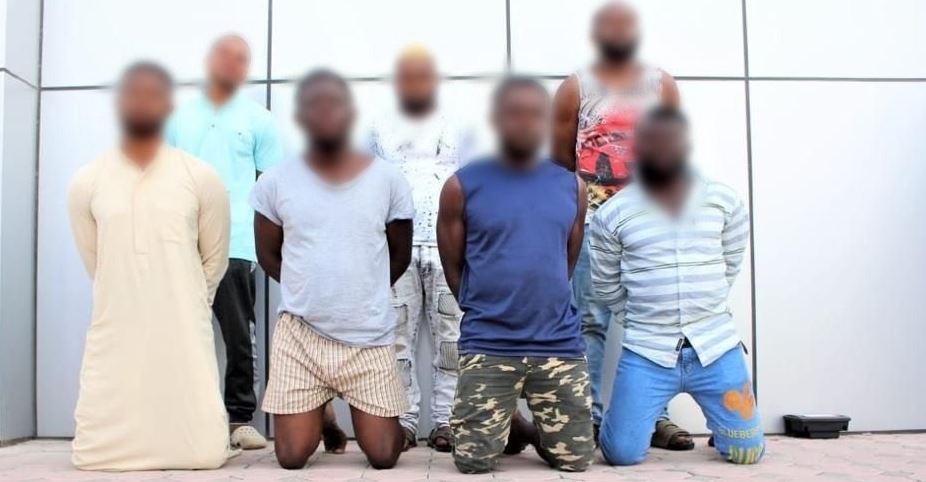 A group of Africans including some Nigerians have been arrested by the police in Dubai following a recent brawl that sparked reactions online.

Videos of the fight that went viral on social media showed the suspects assaulting each other and damaging public property.

The police in a statement on Thursday, July 21, 2022, said the suspects are of African origin and warned residents against engaging in such fights, highlighting how they affect the security in the emirate.

"The Dubai Police has arrested a group of people, who were engaged in a heated argument in their residence at late hours. The group of African people appeared in a viral video on social media platforms while fighting in a public place and damaging properties," the statement read.

"A criminal case has been registered against the suspects and they will be referred to the public prosecution for further action," the statement read.

"The Dubai Police warned against such unacceptable behaviour and urged the community members to report such negative behaviour through ‘Police Eye Service’ on Dubai Police app or by calling the emergency hotline 999.

"The Force also warned the public of publishing or forwarding clips to avoid legal accountability according to article 52 of the UAE Federal Law No 34 of 2021 on countering Rumors and Cybercrimes.

"The law stated that whoever uses the information network to announce, disseminate, re-disseminate, circulate, or recirculate news or data, or broadcasts any provocative news that would incite or provoke public opinion, disturb the public peace, spread terror among people, or cause harm to the public interest, the national economy, the public order, or the public health shall be punished with at least one year of imprisonment and a fine of not less than Dh100,000" 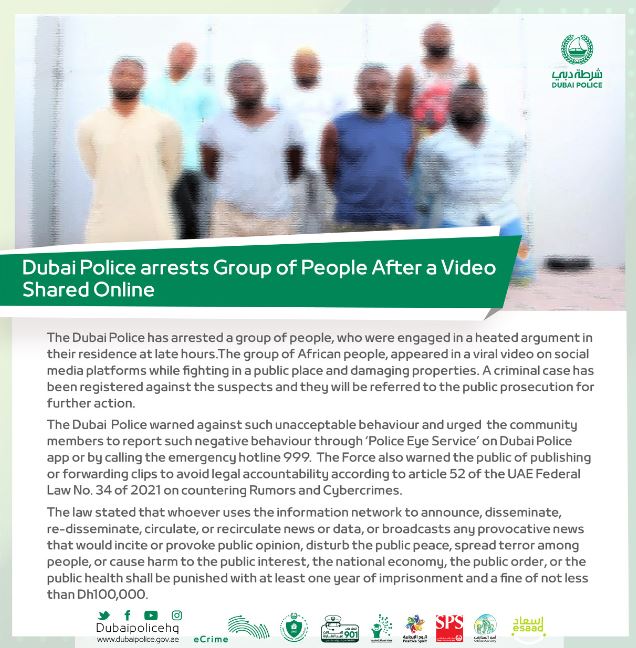 Watch The Videos Below;