Oh No! 20 Farmers In Shock, Hospitalized After Losing N500m To Flooding In Ogun


The colleagues of the fish farmers who operated in Ijebu-Ode, on Thursday, stormed the Governor’s Office in Abeokuta, seeking the government’s intervention. 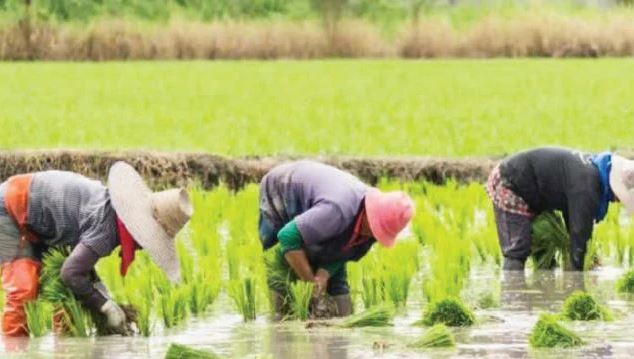 As many as 20 fish farmers in Ogun State have landed in hospital.

They were hospitalized due to shock after losing N500 million investment to flooding.

The colleagues of the fish farmers who operated in Ijebu-Ode, on Thursday, stormed the Governor’s Office in Abeokuta, seeking the government’s intervention.

The PUNCH correspondent reported that flooding, on July 8, had swept away fish ponds of about 200 farmers and destroyed other property worth N500 million.

The protesters represented the two hundred farmers whose ponds were located at Ikangba/Agoro, via Ijebu Ode in Odogbolu Local Government, where flash floods wrecked havoc.

Some of the farmers were armed with placards with various inscriptions such as “Governor Abiodun, save our soul; N500m investment washed away by flood,” “Dredging of Yemule River is Long overdue, Governor Abiodun, help us fix Agoro and Ikangba road among others.

They sought urgent steps to cushion the effects of the loss as well forestall recurrence of the disaster.

Speaking on behalf of the farmers, Eko Nicholas blamed the disaster on lack of dredging of Yemule river and improper channelling of drainages along the ‘deplorable’ Ikangba/Agoro road.

He said when it rained, water spilled over the Yemule river’s bound into the fish farms, which according to him, were located more than a kilometre from the river.

Nicholas said more than 20 farmers were just discharged from the hospital due to shock they suffered over the loss.

On their demands, he said, “We are calling on the governor to as a matter of necessity to help us dredge Yemule stream to make it wide and deep enough to accommodate the volume of water that is coming from the construction sites. With that, the water would not overflow its bound.

“Also, the Ikangba/Agoro road otherwise known as old Lagos road, has been a nightmare to the residents and it also contribute to the flood due to lack of drainage and proper channelling. We are also begging the governor to help us fix the road.

“Most importantly, the governor should assist us by granting us a soft loan to help us stand on our feet again. As I speak, over 20 of our members just left hospitals yesterday and day before yesterday. They are just recuperating from the shock suffered as a result of the disaster.”

Addressing the farmers, the General Manager of the State Agricultural Development Corporation, Bolu Owootomo, assured that the government would address their demands as soon as possible.

Owootomo hinted that officials of government would visit the area within seven days to assess the damage and proffer a laying solution on the flooding.

He said as a responsible government, Governor Dapo Abiodun’s administration would not fold its arms while citizens lose huge investment to flood disaster.