The killing of the student reportedly sparked a protest in the community even as the security men, in a bid to escape, injured other youths. 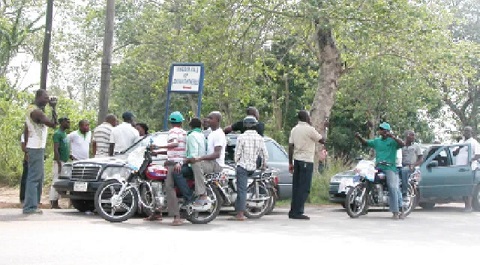 A 25-year-old student, Kelechi Ogbonna has been reportedly killed by Ebubeagu operatives in Amaeshe, Oguta 1, in the Oguta Local Government Area of Imo State.
According to Punch, Ebubeagu operatives killed the young man on Sunday.
The killing of the student reportedly sparked a protest in the community even as the security men, in a bid to escape, injured other youths.
Punch saw video clips showing the operatives shooting in the air as they tried to escape from the mob.
Angered by the killing, the youth carried the dead body to the house of the immediate past Interim Management Committee Chairman of Oguta LGA.
They called on the government to bring the killers of Kelechi, a student of Priscilla Memorial Grammar School, Oguta, to justice.
An eyewitness, who spoke on condition of anonymity, said, “Ebubeagu operatives came to arrest a youth, but they were asked if the police were aware. They started shooting and in the process killed Kelechi Ogbonna. They injured others who have been hospitalised.”
The youth president of the community, Chinagorom Origbo, said the incident had been reported to the police.
Sister to the deceased, Zinny Ogbonna, said the remains of her brother had yet to be deposited in a morgue as of the time of filing this report.
The spokesperson for the police in the state, Micheal Abattam, had yet to respond to a text message sent to him on the incident as of press time.
Top Stories