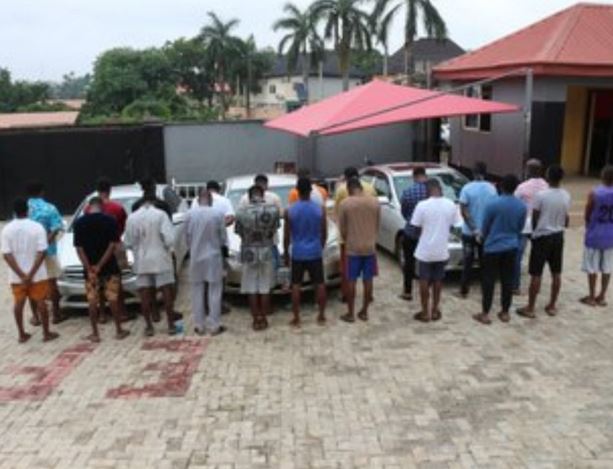 Thirty-four suspected Yahoo boys have been apprehended by Operatives of the Ibadan Zonal Command of the Economic and Financial Crimes Commission (EFCC).

A statement issued on EFCC’s Twitter page said 21 of the suspects were arrested on Monday, July 25, 2022, in a sting operation at Apete and Ijokodo areas of Ibadan, Oyo State.

The remaining 13 suspects were arrested on Friday, July 22, 2022, at Airport Road, Alakia and Ologuneru, Ibadan.

The commission added that the suspects will be charged to court as soon as the investigation is completed.