Matemilola was announced as the 14th Olowu of Owu at the State Executive Committee meeting held on Monday evening. 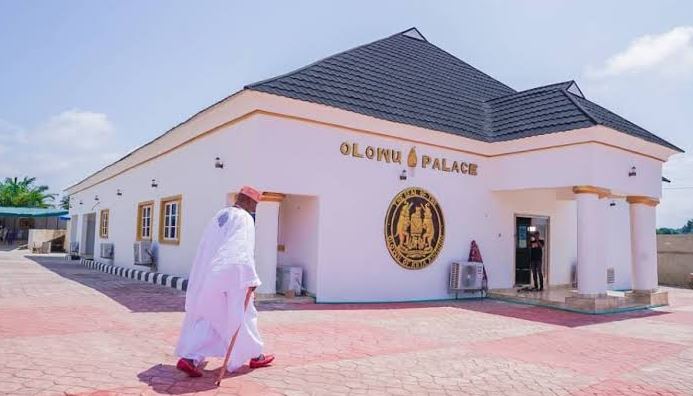 Prince Saka Matemilola has been announced as the new Olowu of Owu in the Abeokuta North Local Government Area of the state.

The Olowu of Owu stool became vacant following the demise of Oba Adegboyega Dosunmu in December 2021.

Matemilola was announced as the 14th Olowu of Owu at the State Executive Committee meeting held on Monday evening, according to a statement by the governor’s spokesperson, Kunle Somorin, on Wednesday.

Somorin added that the government approved appointments of other new traditional rulers to fill the vacant stools in the state.

He added “the state government equally announced the approval of some persons into vacant chieftaincy positions, while approval was also granted for the change of a chieftaincy title.

“The decision for the approvals was taken during the State Executive Committee meeting held on Monday evening.”

He said a total of 11 chieftaincy approvals were granted.

“The vacant stools that were approved to be filled include Prince Saka Adelola Matemilola as the new Olowu of Owu in Abeokuta North Local Government Area; the Aboro of Ibese, Yewa North LG, will be occupied by Prince Oluwaseyi Rotimi Mulero while Prince Rufai Adeleke Adeyalu was approved as the new Lemo of Ode-Lemo in Sagamu Local Government Area.

“The chieftaincy title of the Oniboro of Iboro in Yewa North Local Government Area has been changed to Aboro of Iboro.''

He further noted that the Exco also approved the appointments of Chiefs Rasheed Adisa Raji and Ganiu Kolawole Egunjobi as the new Asipa Egba and Otun Egba respectively.