Mercy Aigbe who has never hidden her love for the actress took to her Instagram to share a cute photo of her with the actress. 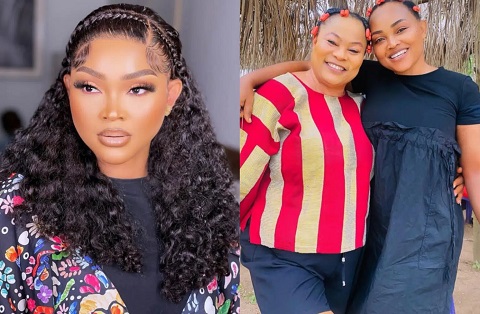 Popular Nollywood actress, Mercy Aigbe has taken to her social media page to show off the actress that is her role model.
She showed off veteran actress, Sola Sobowale as the woman while on the set of a movie in the remote village of Gbudugdudu.
Mercy Aigbe described Sola as her absolute favorite, role model, her mother, and the king.
“Greetings from the entire remote village of Gbudugdudu, away from civilization. Doing this with one of the my absolute fave, My role model, my momma, Oba herself @solasobowale” 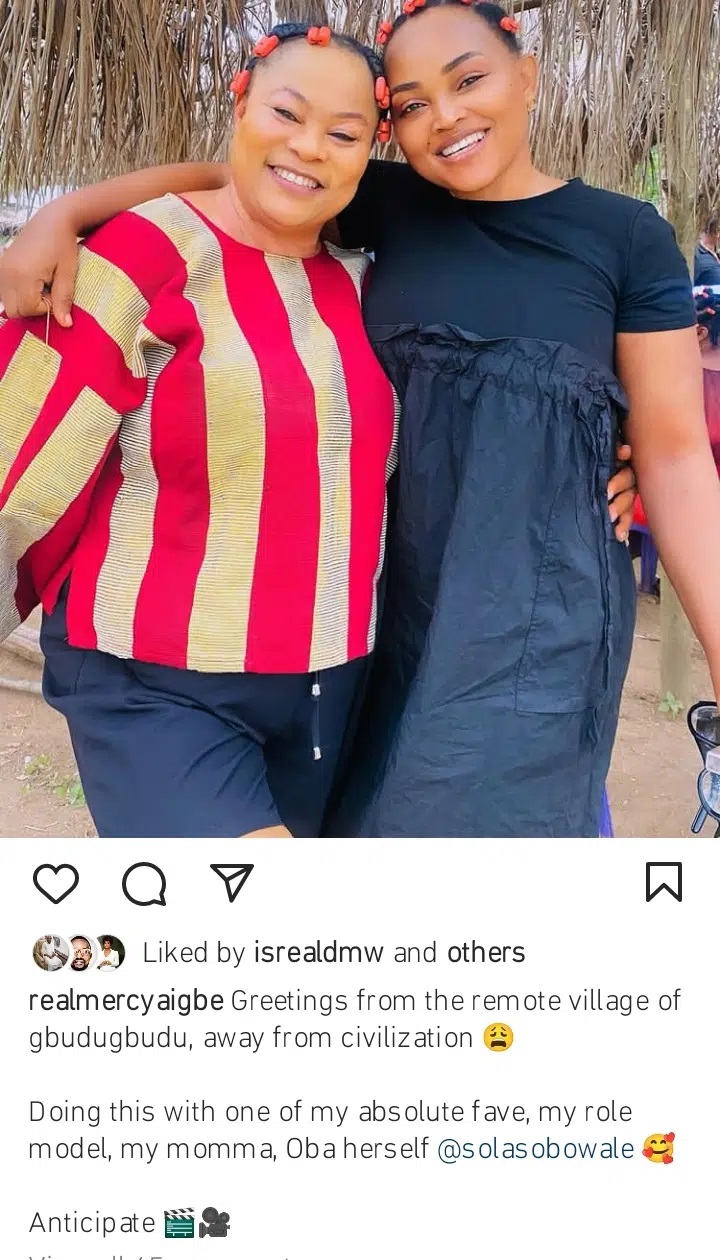