If she does visit, this will be the first time in 25 years Taiwan will be visited by a US Speaker. 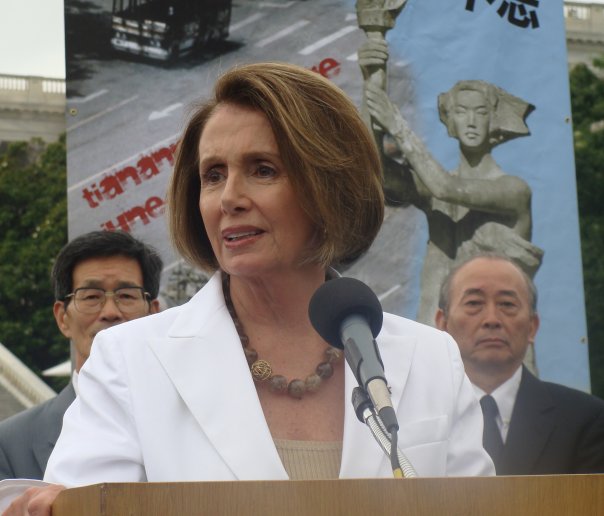 Threat and warning by China has fallen on deaf ears as Nancy Pelosi, US House of Representatives Speaker is set to arrive Taiwan later today.
This is as China had warned of the danger of Pelosi visiting Taiwan at this period but the US House of Reps Speaker is braving to odd to visit Taiwan.
If she does visit, this will be the first time in 25 years Taiwan will be visited by a US Speaker.
Already, several Chinese warplanes are said to have flown close to the median line dividing the Taiwan Strait, a source told Reuters.
The source said both Chinese warships and aircraft “squeezed” the median line on Tuesday morning, an unusual move the person described as “very provocative.”
China has repeatedly warned against Pelosi going to Taiwan, which it claims as its own, while the United States said on Monday that it would not be intimidated by Chinese “sabre rattling”.
Washington has vowed vows not to be intimidated by China’s warning. Her visit could spark more tension in the region, as Taiwan is US ally.
A senior Taiwanese government official and a US official told CNN Monday that Pelosi was expected to make the first visit by a House speaker to Taiwan in 25 years as part of her Asian tour.
The long-time critic of the Chinese communist government and its alleged human rights abuses would arrive in Taipei despite extraordinary warnings from Beijing of reprisals and consequences.
Her position and new conditions created by the nationalistic rule of Chinese leader Xi Jinping, as well as Beijing’s new assertiveness and military and strategic power, make this the most risky brinkmanship over Taiwan in decades.
Top Stories