To set a junior record, Liadi lifted 120kg in the clean and jerk to beat other 11 competitors to the silver medal. 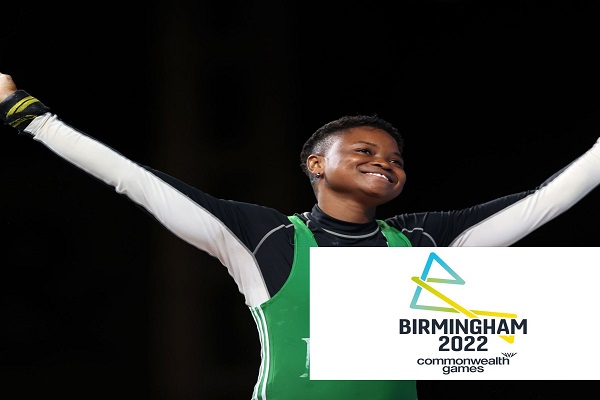 Another Nigerian weightlifter, Taiwo Liadi has increased Nigeria's medal haul by winning silver at the ongoing 2022 Commonwealth Games in Birmingham.
Liadi, who competed in the women’s 76kg weightlifting event set a new junior Commonwealth Games record to finish second behind England’s Maya Laylor, who set a new Commonwealth Games record in the clean and jerk with a lift of 128kg.
To set a junior record, Liadi lifted 120kg in the clean and jerk to beat other 11 competitors to the silver medal.
In the overall points, the English lady amassed 228points while Liadi garnered 216points.
Nauru’s Maximina Uepa settled for bronze medal in the event.
With Laidi’s silver medal, weightlifting has fetched Nigeria two gold, one silver and two bronze medals with Adijat Olarinoye and Rafiat Lawal claiming the two gold medals and set new Commonwealth Games records.
Later in the day, Mary Osijo will compete in the women’s 87kg being the last competitor for Nigeria in the weightlifting event.
Top Stories