Armed Robbers Who Disguise As Police Officers Arrested In Imo


The suspects were arrested after police officials received a distress call from a victim who saw one of the suspects that stole his car. 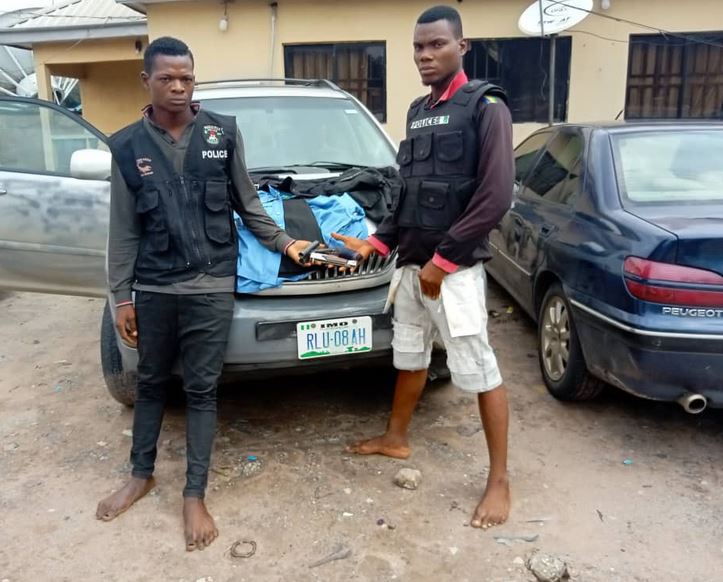 Three members of a robbery gang that specialise in robbing innocent citizens while disguising as police officers have been apprehended by the Imo state police command.

A statement released by CSP Michael Abattam, spokesperson of the state police command, says on July 20, the police received a distress call from a robbery victim who accidentally saw one of the armed robbers that robbed him of his ash-coloured Lexus 330 SUV with registration number RLU 08 AH on gunpoint, on July 18 at about 1800hrs along Mbano Street, Aladinma Owerri, Imo State.

Abattam said the victim stated that the suspected armed robbers forced him into the booth, took him to a lonely place, robbed him of all his valuables and used his cell phone to transfer the sum of One Hundred Thousand Naira (N100,000.00) out of his bank account to one of their accounts.

''The team immediately mobilized and stormed the scene and arrested one Goodness Chinaza ‘m’ aged 23yrs, residing at Aladinma Owerri, Imo State. On interrogation, he confessed being a member of a robbery gang and admitted robbing the victim. He then, led police operatives to arrest Emeka Orji ‘m’ aka “COCO” aged 24yrs of the same address, while Julius Chigozie ‘m’ escaped. On further interrogation, they both revealed where they concealed the robbed vehicle at Rapour Hotel, Amakohia Owerri, lmo State. However, the vehicle was recovered to the station.

Investigation revealed that the three suspects were residing in a quarter in Aladinma Owerri, where they broke into the apartment of a late Police Officer in the same quarters, stole his uniforms, bullet proof vests and other valuables. They started using same to rob innocent citizens.''the statement read.

Abattam said their modus operandi is that they dress up in the stolen uniform, block the road, checking vehicles as if they were genuine police officers.

''Once they see a flashy car, they will stop the driver, requesting for the vehicle particulars. In the bid of giving them the particulars, they will drag him out, put him in the booth of the car and zoom off to a safe place where they will rob the innocent victim. Sometimes, they end up kidnapping the victim for a ransom, until luck ran against them and they were arrested. ''he said

The police spokesperson added that on searching the house of the suspects, the following items were recovered; One locally made Double Barrel Short Gun, One Jack Knife and Police Uniforms/bulletproof vests.

''The Commissioner of Police, CP Mohammed Ahmed Barde, psc(+) while commending the officers for their quick response and gallantry, warned Hoteliers to be wary of persons who make use of their facilities and cars parked in their premises. He then thanked the good people of Imo State for the cooperation and support and urged them to use in time of distress, the Command’s emergency control numbers; 08034773600 or 08098880197 in time of distress.'' the statement concluded. 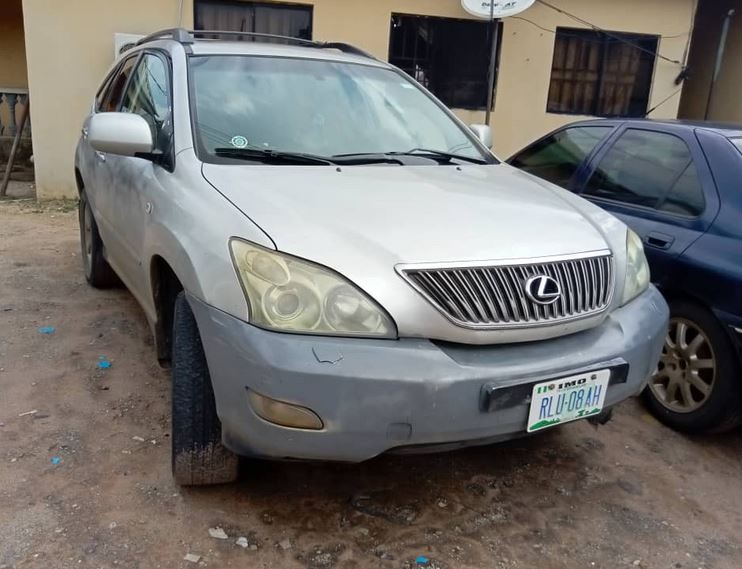 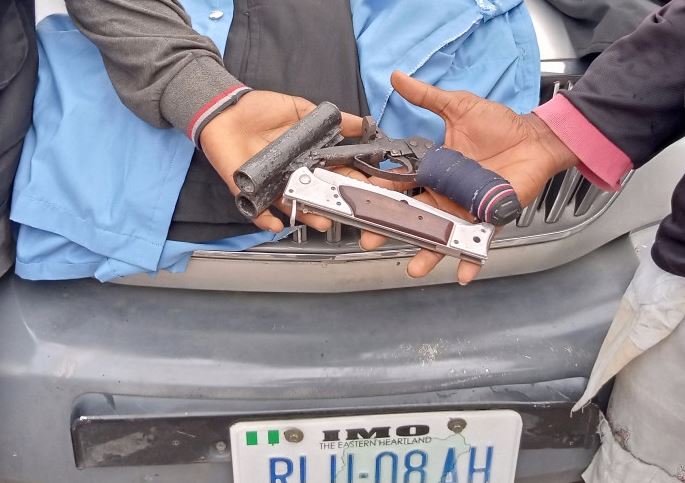