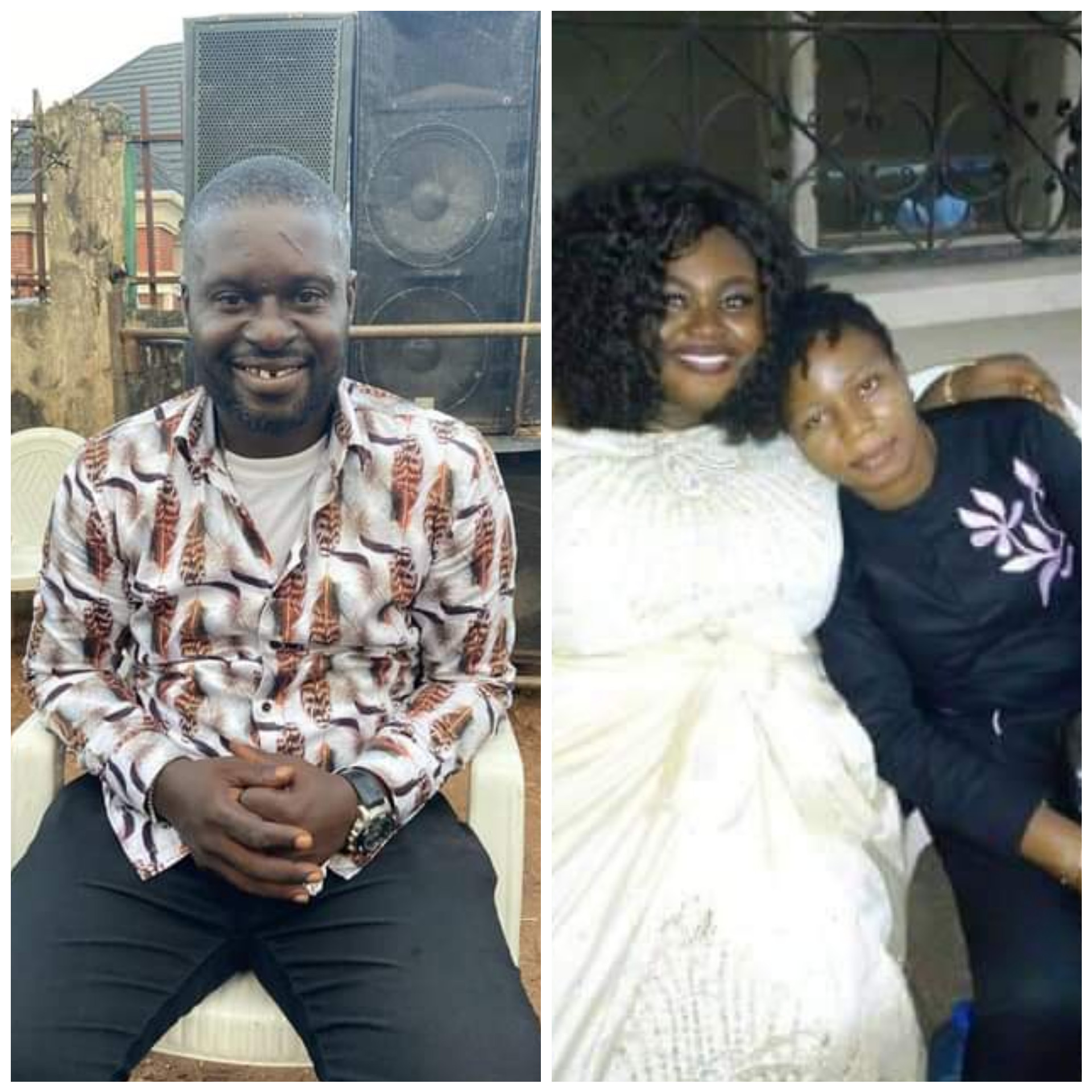 A le$bian woman has killed her female lover's husband in Anambra state.
The man identified as ikechukwu Onuma popularly known as Ayaaya Onye-Obodo was stabbed to death on Monday night, August 8, 2022, at Inland Town, Onitsha.
Information gathered revealed that Ikechukwu arrived home unexpectedly and met his wife, Nkemdili making out with her le$bian partner, Ebele Onochie.
In a bid to silence Ikechukwu, the suspect reportedly stabbed him to death.
Meanwhile, friends of the deceased have taken to Facebook to mourn him and demand for justice.
One Egboka Ogunji said; "Onitsha youths let's put an end to this le$bian of a thing"
Sharing a photo of Nkemdili and her alleged lover, one TR Hon. Charles Anwah wrote: "she must pay for it"
"My heart goes out to every member of the Onuma's family in Onitsha Anambra State over the sudden and painful death of your beloved son, brother, uncle and husband Ikechukwu Onuma a.k.a Ayaaya Onye-Obodo. It is indeed a great loss," Mazi Chukwujindu wrote.
Akunne Obiesie said he was with the deceased hours before the incident.
"Ikechukwu Onuma, nwokem kedu si ife menu.. Death why? Why? It's damm fucking hard to believe that you just passed on this night!! God why? Over unnecessary damm shit, damm fucking shit!!! Why FUCKING AYAYA at this point? A jolly fellow, a deesrst friend and a brother to the heart. Alili Egbugom. chaii!!!! Am damm bloody cold this night....We were together today just few hours from this night. Ebele Onochie you can only run but you can never hide from your own death. Ani Onitsha kedu ife na emenuRest in the bossom of the Lord Strong" he wrote. 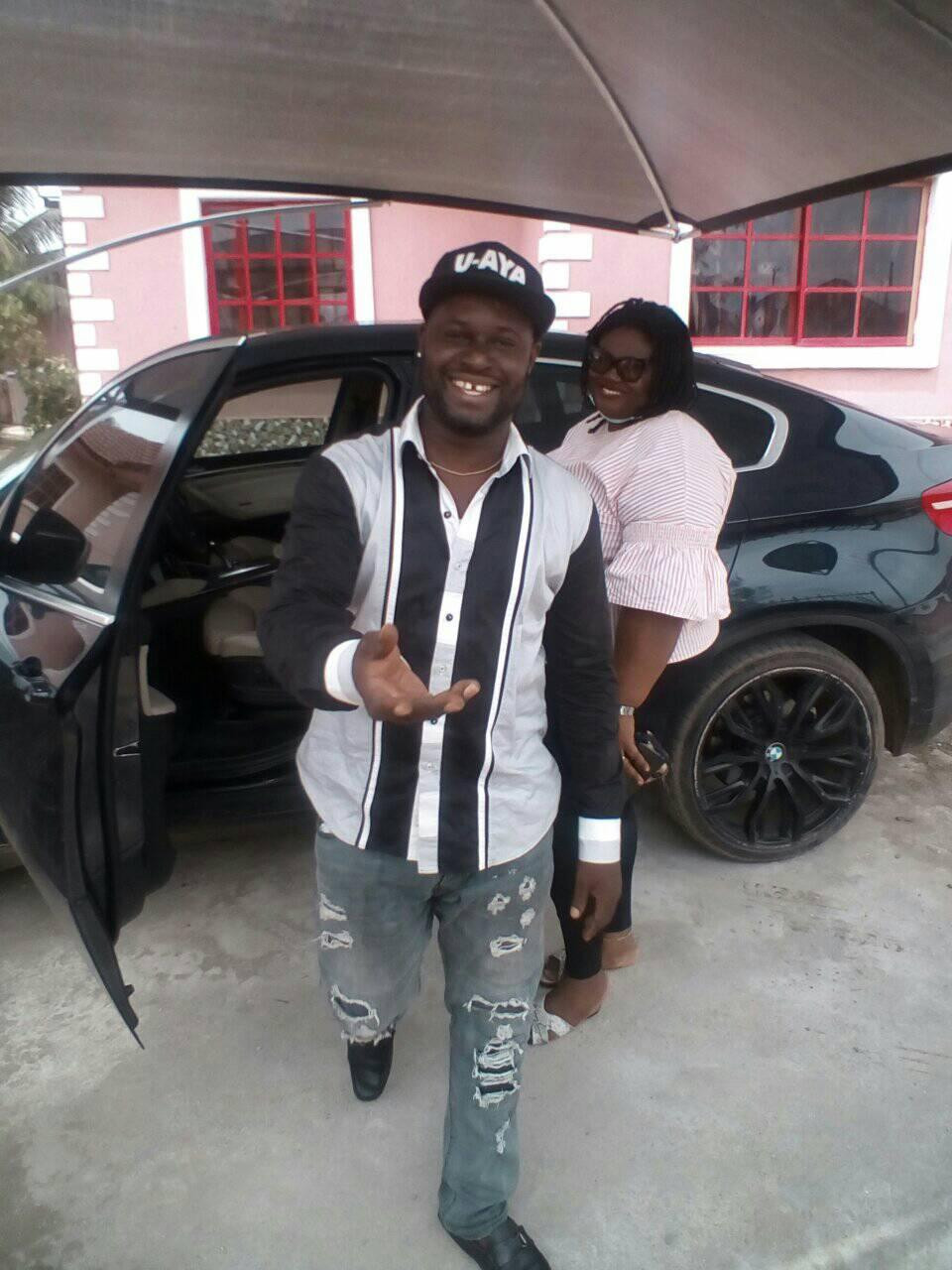 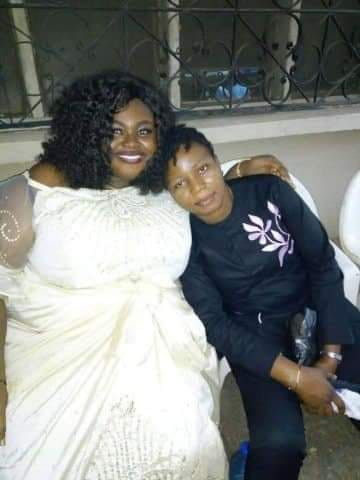 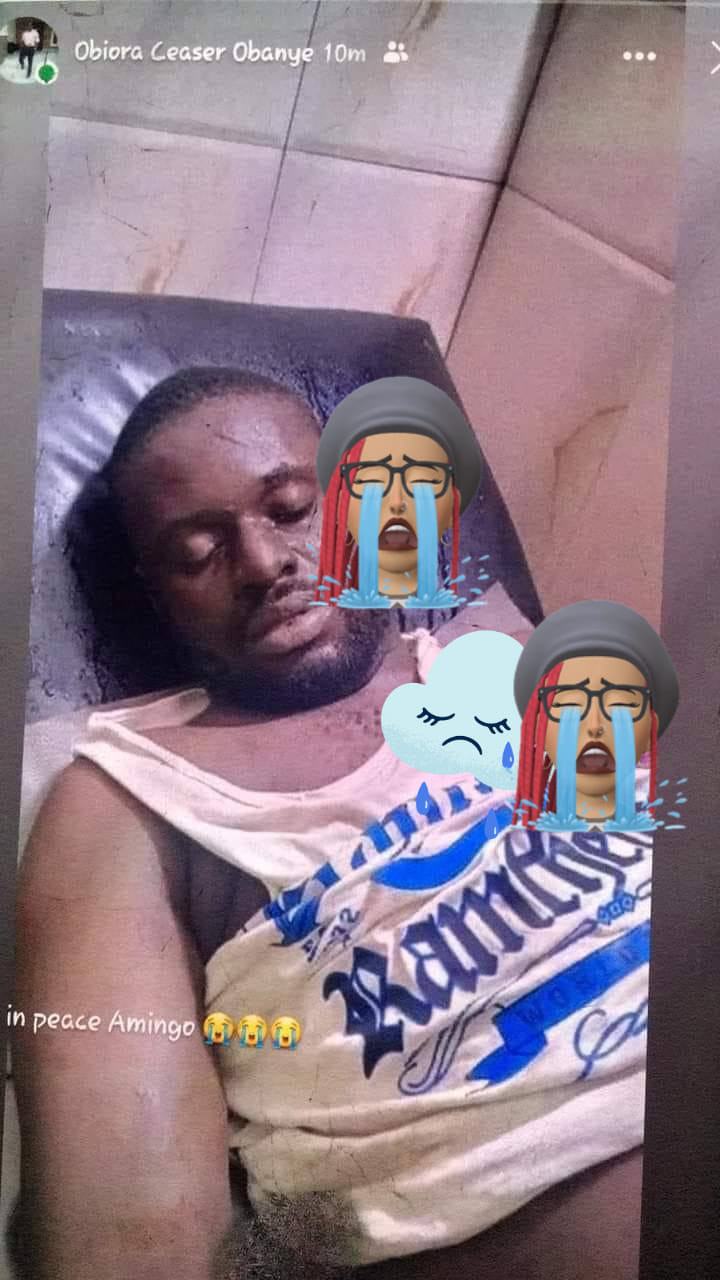 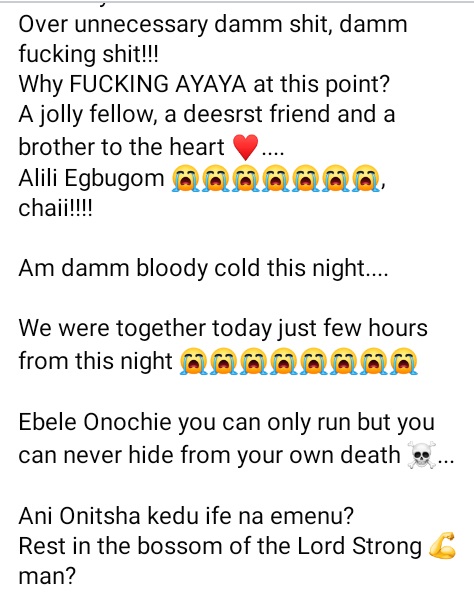