Adetuberu, 28, was charged with two counts of cybercrime by the EFCC's Ilorin Zonal Command, and the court found him guilty on both counts. 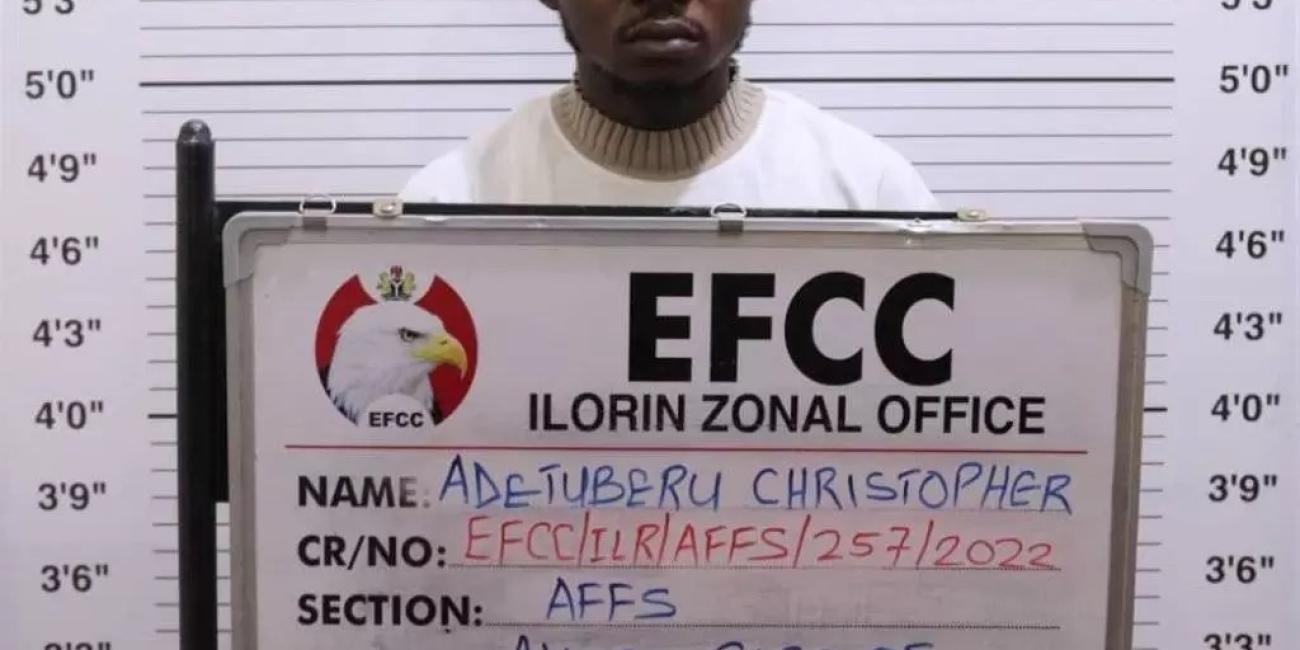 A member of the National Youth Service Corps (NYSC) serving in Ogbomoso, Oyo State, Adetuberu Christopher Adetoyese, has been sent to jail.

He was imprisoned on Thursday by Justice Ibrahim Yusuf of the Kwara State High Court in Ilorin.

Adetuberu, 28, was charged with two counts of cybercrime by the EFCC's Ilorin Zonal Command, and the court found him guilty on both counts.

In addition to the N921,535.49 in Adetuberu's bank account, Justice Yusuf ordered the confiscation of a three-bedroom apartment purchased with earnings from criminal operations, a Lexus car, several brands of phones, and a laptop, all of which were considered as tools of crime.

The judge said the convict's conviction would serve as a deterrent to others and offered him the choice of a N200,000 fine.

Adetuberu, who is from Ilesha, Ilesha West Local Government Area of Osun State, was recently arrested in the Ogele neighbourhood of Eyenkorin, Ilorin by EFCC agents, acting on information about the activities of the fraudster within the city of Ilorin and its environs.

During the course of the investigation, the convict disclosed that he entered "Yahoo Yahoo Business" in 2016 and, among other things, used the money to build a house.

Olayiwola Tunde Saheed, a 30-year-old aluminium fabricator who serves as a "loader" to other fraudsters, was also given a six-month prison term at the Ilorin Correctional Centre without the option of a fine by Justice Yusuf.

Olayiwola, who is from Olorunda Local Government Area in Osogbo, Osun State, was found guilty of one count of possessing money that was illegally obtained, which was one of the charges that the anti-graft agency brought against him.

The trial judge stated in his ruling that he thought the prosecution's case had merit and that the defendant's admission of guilt was sufficient evidence to convict him.

The Toyota Camry that was found at the scene of Olayiwola's arrest, as well as his phone and laptop—all tools of the illegal activities—were ordered forfeited to the Nigerian government. He also sentenced Olayiwola.