IPOB warned that Kalu would pay for any attack on ESN operatives in the Southeast. 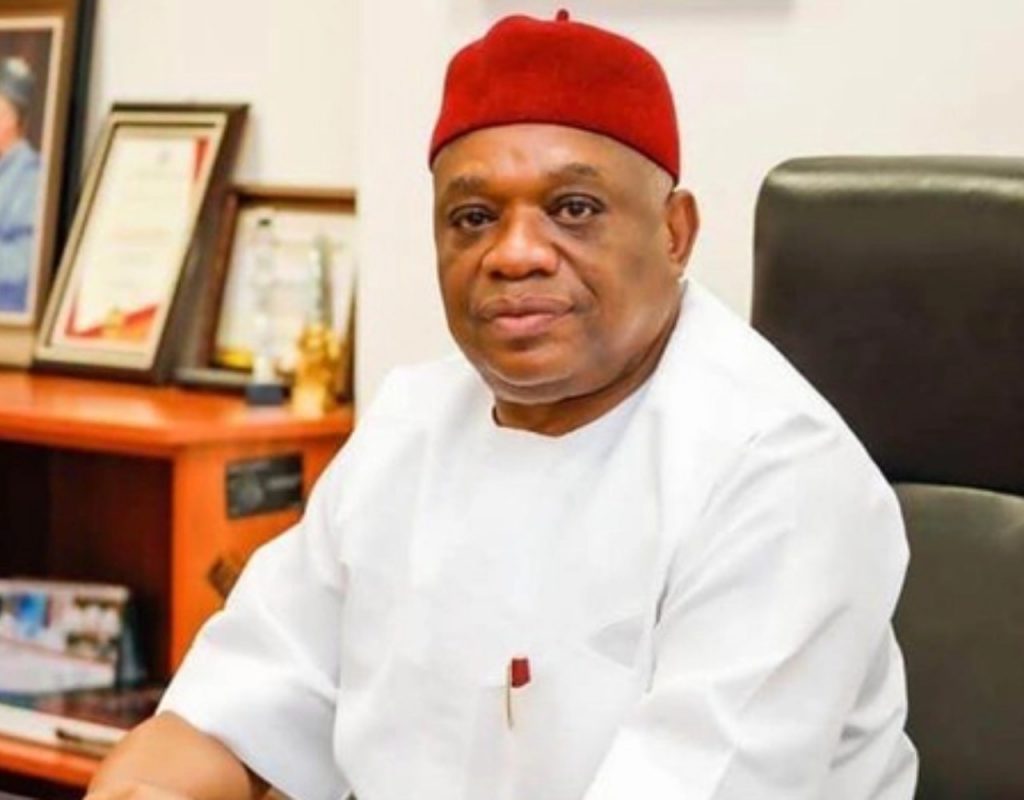 The Indigenous People of Biafra, IPOB has sent a message to Senate Chief Whip, Orji Uzor Kalu.
The group threatened to deal with Kalu if he doesn't stay off the activities of the Eastern Security Network, ESN.
IPOB warned that Kalu would pay for any attack on ESN operatives in the Southeast.
The group was reacting to an alleged call by Kalu that security agencies should wipe out ESN operatives in the bushes and forests across the Southeast.
In a statement by its spokesman, Emma Powerful, IPOB said the lawmaker should write his will if he insists on bringing Fulanis into the Southeast.
According to Powerful: “The attention of the global family and movement of the Indigenous People of Biafra (IPOB) under the leadership and command of Mazi Nnamdi Okwuchukwu Kanu wish to state to the public that IPOB leadership and members have been acquainted with the threat from the former Governor of Abia State, Alhaji Orji Uzor Kalu where he has given the order for the compromised Nigeria Security Agencies to wipe out IPOB-ESN staying in the bushes and forests safeguarding our bushes and forests for our mothers, wives, and sisters who are going to the farms.
“IPOB has nothing with anybody issuing such a threat, but Orji Uzor Kalu has given us a time frame, and we are ready for him and his co-travellers who will be coming to us. Orji Uzor Kalu will pay after the attack because he will understand that IPOB is not a pushover.
“Many unscrupulous governors and elements from the East have tried in the past to neutralize ESN so that their Caliphate Masters will send their terrorists in to occupy our land but did not succeed but the compromised military ended up slaughtering innocent citizens. This time around Orji Uzor Kalu will bear the brunt of whatever he does because we must confront him and those he wished to use to attack IPOB-ESN in those local governments of Ohafia, Isiukwuato, Umunneochi, and Bende he mentioned in his viral videos showing on social media.
“Anybody who knows Orji Uzor Kalu, his associates, friends, and family must advise him to stay off activities of ESN because he brought Fulani terrorists in our land during his time as Abia State Governor, but if he continues, he should write down his will for his family. Orji Uzor Kalu, a foolish stooge of the Fulani Caliphate should ask himself why the Caliphate has not used fighter jets against the terrorists and Bandits in the North. Yet he wants to use the enemy’s fighter jets to bomb ESN who protect his mothers and sisters in our Forest and bushes from invading Fulani terrorists.
“IPOB-ESN is protecting bushes and forests for our people to peacefully cultivate in the farmlands because of Fulani terrorist activities in the bushes and forests and we cannot afford to allow Orji Uzor Kalu to bring back Fulani terrorists masquerading as herdsmen.
“Alhaji Orji Uzo Kalu cannot afford to trade with our people’s blood for his selfish political advancement but we in IPOB are here to stop him and protect our people from murderous fulani terrorists.”
Top Stories