The contract would cost N4 billion monthly from the national treasury and the group, during a mass protest in Abuja on Monday, called for the sack of Timipre Sylva, the Minister of State for Petroleum. 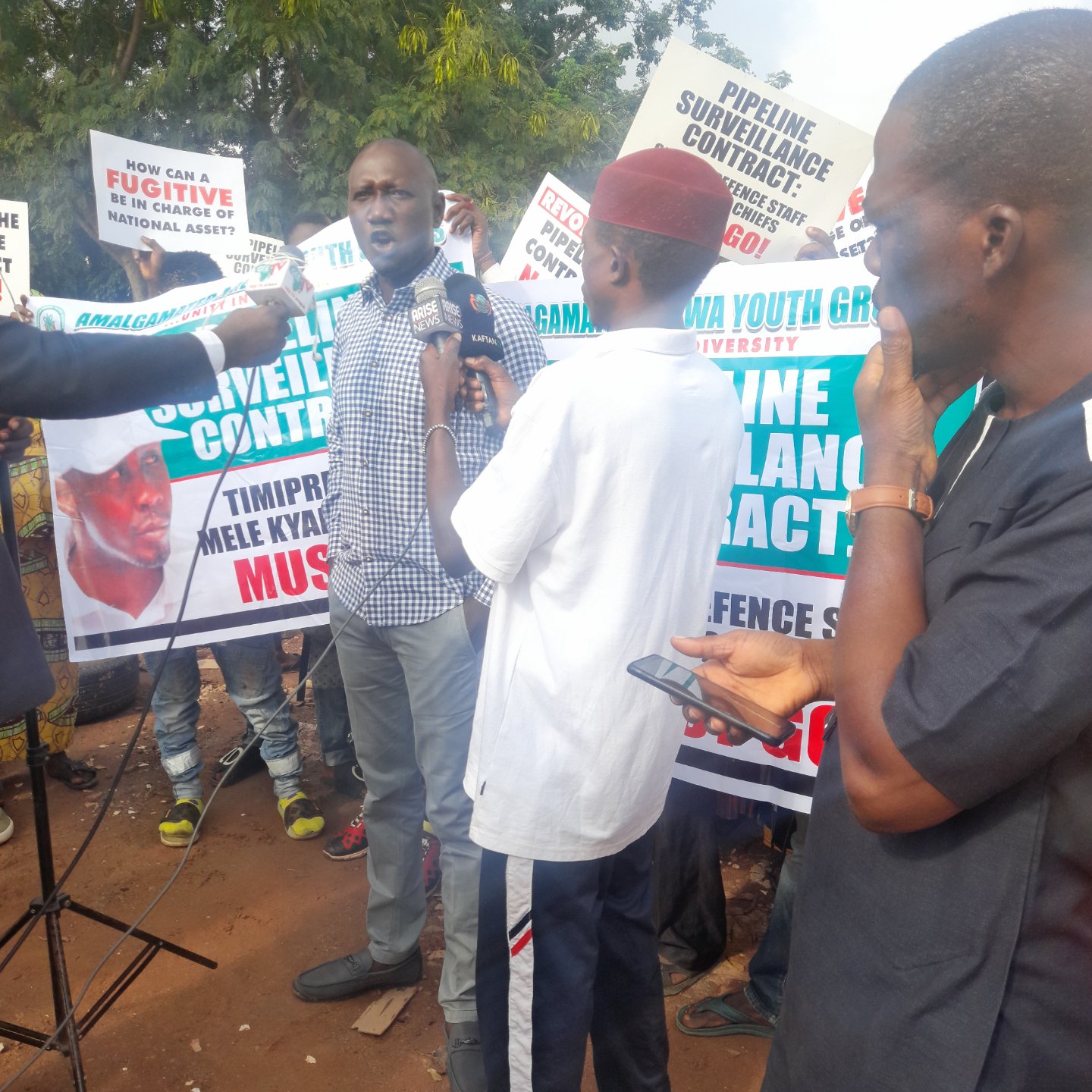 Some northern youths have protested against the federal government's decision to award pipeline surveillance contract to Chief Government Ekpemupolo, popularly known as Tompolo.
The youths under the Amalgamated Arewa Youth Groups kicked against the government for awarding the pipeline surveillance contract to Tompolo.
The contract would cost N4 billion monthly from the national treasury and the group, during a mass protest in Abuja on Monday, called for the sack of Timipre Sylva, the Minister of State for Petroleum.
Reports emerged last weekend about the award of the pipeline surveillance contract to Tompolo, a former leader of the Movement for the Emancipation of Niger Delta, MEND.
Addressing newsmen at the protest, the northern group said the protest was just to register their displeasure over the contract.
“We are aware that Tomopolo and his boys are major beneficiaries of the Presidential Amnesty Program, wherein the Federal Government, under the leadership of the late Umaru Musa Yar’adua extended same to the restive youths of the Niger Delta,” the group’s spokesman, Comrade Victor Duniya, said.
The group lamented that to date, the Nigerian government is sponsoring ex-agitators to world-class universities, training them in different skills acquisitions, and empowering their businesses, noting that the Amnesty Office is even being funded from Nigeria’s annual budget and yet the restiveness in the region has remained unabated.
“The implication of the awarded contract is that a private citizen like Tompolo will be allowed to handle not just light but sophisticated weapons to be able to wade off possible attacks from vicious oil bunkering cartels,” he continued.
“This is coming at a time our region is bleeding profusely due to the activities of terrorist elements, yet, our youths who are more than willing to die for the sake of the country are not allowed to personally acquire light arms to defend their communities, not to even talk of getting significant support from the Federal Government.
“Our group attributes the increasing bunkering and the subsequent award of the contentious contract to either inability of our armed forces and other security agencies to curtail the menace or possible internal collusion. This has led to the outsourcing of their jobs to private citizens.
“Since the government has realized how incompetent the service chiefs are and now has trust in local solutions, we wish to call on President Buhari to immediately set up a mechanism to organize youths in other geopolitical zones into a security cluster and give them necessary support so that they can bring peace to their various region.
“While heading to this place, our attention was drawn to a statement attributed to the House of Representatives candidate of the All Progressives Congress (APC) for Ilaje/Ese-Odo Federal Constituency in Ondo State, Donald Ojogo, wherein he berated our group’s patriotic stand on the matter of the contract. We understand September will soon be here, and he will be expected to spend so much during campaigns in order to actualize his dream.
“He feels attacking us will position him to benefit from free money that has been given to Niger Delta youths, which his constituency is among. We trust the enlightened people of Ondo, they won’t allow a corporate beggar and a man who is ignorant of the principle of Federal Character, to lead them. We shall be here to empathize with him after the election.
“We are not here to officially protest against the awarded contract, this gathering in our minimal number is to register our displeasure over it, we have issued seven days ultimatum to the government to terminate the contract or better still shut down the Amnesty Office. Niger Delta Youths alone, can’t have the two. We are all stakeholders in the Nigeria project too.
“We have equally called on Mr. President to sack Timipre Sylva, the Minister of State for Petroleum, Upstream, over the role they played in the contract procedures as widely published in national media.
“At the expiration of our ultimatum, we shall be here effective from Monday to paralyze activities in the towers until our demands are met. “
Top Stories