The four convicts have the right to appeal against the judgement to the Supreme Court within a month. 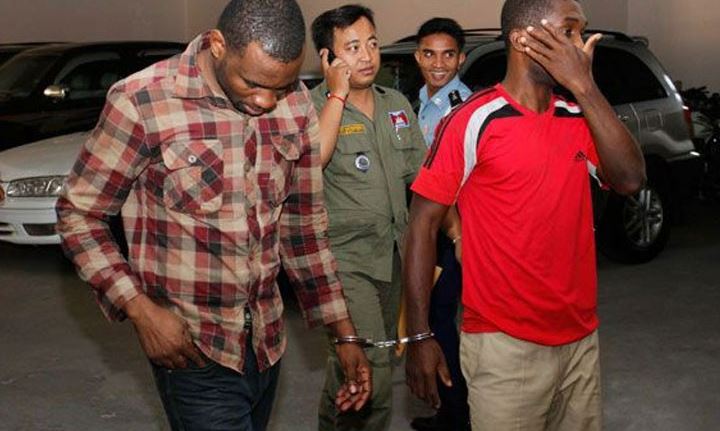 The life imprisonment sentence handed by a municipal court to two Nigerian nationals, a Filipina and a Cambodian woman fingered in the smuggling of more than 2.5 kilogrammes of cocaine from Brazil to Cambodia in 2014 has been upheld by the Phnom Penh Appeal Court.

The four convicts have the right to appeal against the judgement to the Supreme Court within a month.

Macoy was sentenced on September 16, 2014 by the Municipal Court with a life sentence while Sunshine got 30 years, Thankgod 27 years, and Meng Sinuon got 22 years in prison. Besides, all the convicts were slapped with fine of $10,000 each.

They were charged with ‘drug transport and trafficking’ under Article 40 of the Law on Drug Control.

Macoy was arrested on February 12, 2014 at the Phnom Penh International Airport in a joint operation by the police in the anti-drug department at the Ministry of Interior, the excise and customs police officers and immigration police.

Police seized a total of 2,513 grammes of cocaine powders from Macoy and her confession led to the arrest of Nigerians who arrived to receive the drug from her.