His wife, Francisca, 54, was brutalized while their son, Ifedinachi, 27, was shot on the leg during the raid that lasted two hours. 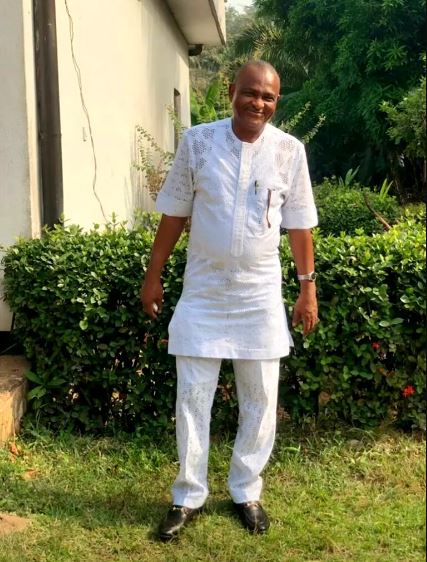 Some armed men whose identities are yet- to -be known, have cause3d serious commotion in a community in Anambra State, according to a report by Vanguard.

The gunmen early morning Tuesday, attacked the residence of one of the community leaders in Eziowelle, Idemili North Local government area, Anambra state and abducted the 67-year-old owner of the house, Anthony Ojemba Chigbo.

His wife, Francisca, 54, was brutalized while their son, Ifedinachi, 27, was shot on the leg during the raid that lasted two hours.

Wife of the victim who was seriously wounded on the face and hands during the attack said the attackers, armed with AK 47 rifles and numbering about twenty, forced their way into their compound by climbing their fence and breaking doors and windows in their house.  She said the gun men shattered all the glasses in their building and gained entrance through the garage after which they demanded for her husband.

Narrating the plight of her family in pains, she said they subjected her son, Ifedinachi, to untold battering after which they shot him on the leg when he could not tell them the where about of his father. 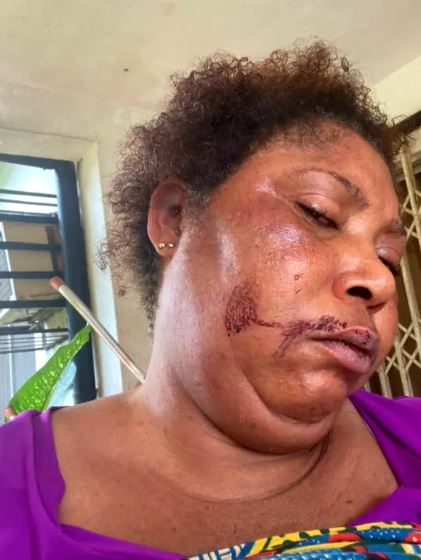 According to her, I had to throw myself on top of my son in a bid to protect him when they threatened to kill him.

“At this stage, they pounced on me and continued beating me with sticks and guns while I was pleading that they should not kill my son.

“When the beating continued without ceasing, my husband who was hidden in his bedroom came out and pleaded with them to kill him instead of killing his wife and son.

"They then kicked him and he feel down. They gagged him with chains and started beating him after which they matched him into their Hilux Pickup parked at the gate and drove to an unknown destination.” 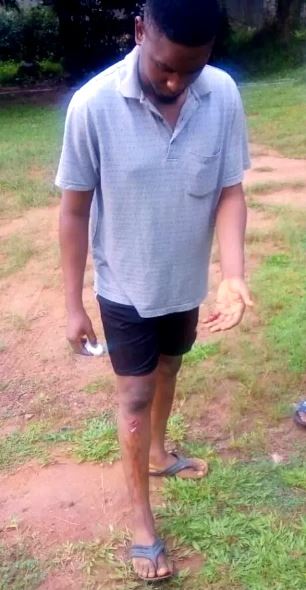 Her story: “On Tuesday morning by 5:30 am, two of our dogs started barking. I stood up to use the restroom and when I was done,  I looked through the window. I saw some group of people entering the compound from the fence. I woke my husband up to inform him that we have guests. They were about twenty people. I thought they were armed robbers. When my husband woke up, I told him to go and hide and he went to hide in my children’s room. They started knocking at the door of the parlor, shouting ‘everybody in this house should come out.’ But we all kept quiet and we started hearing gunshots.

“They went to the kitchen window, started shooting at the door of the kitchen and they succeeded in entering from the garage to the parlor. When they came in, they saw a phone with my son and and they shot him on the leg and seized it.  My son started crying “why would you shoot me. What did I do?” They continued beating him.  I had to lay down on top of him begging that they should  kill me first before they kill my son. At this stage, my husband came out from his hiding place  and asked the gun men who they wanted, they said they were looking for Ojemba and my husband said, ‘I am Ojemba,  please leave my family.

“They now descended on him, chained his two hands and dragged him to the ground while beating him mercilessly.  After that, they forced him out of the compound and drove away with a white Hilux they came with to an unknown place with all our telephones and many other valuables.

”Since then, we have been going round all police stations to report and search for him without success. We are suspecting that the armed men must have been hired by some traditional leaders in our community, Oddida Umuoniya village, Eziowelle, Idemili North LGA in Anambra, who have been fighting my husband over our land. Few weeks back, they stormed our house with gun-wielding policemen from Zone 13, Ukpor, harassed and arrested him only to release him later.

The same gang that attacked us also invaded the home of our youth leader same night but he narrowly escaped death. I am appealing to the Governor of Anambra State and the Inspector-General of Police and all security agencies to urgently intervene and help locate my husband, dead or alive. He has not committed any crime and his abductors subjected all of us to serious torturing and beating before disappearing with him. We don’t know the state of his health or where they have taken him to, as we speak,” she lamented.