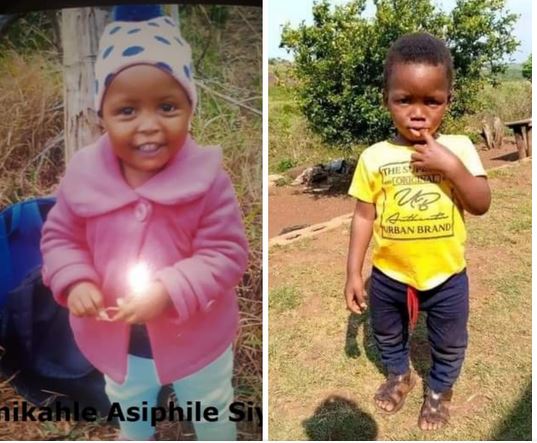 The bodies of two siblings, Simikahle Asiphile Siyaya and Seluleko Amukelani Ngema, were discovered floating in a river in KwaZulu Natal, South Africa.

The toodlers, aged 2 and 3, were reported missing to the KwaMsane police station, north of KZN. They were last seen on Sunday, 20 August 2022 at 14:pm  at their home at Ogengele in Mtubatuba.

"On 25 August 2022 at 14:20, KwaMsane police were called to Ogengele area near uMvuzane River where two bodies were found floating in the river. They were identified by family members as the children who went missing on Sunday, 20 August 2022. An inquest docket was opened at KwaMsane SAPS." he said.