Man Arrested Over N87,000 Chicken Proceeds Debt Which He Spent On Women


Abdulrahman is being tried on charges of criminal breach of trust and cheating. 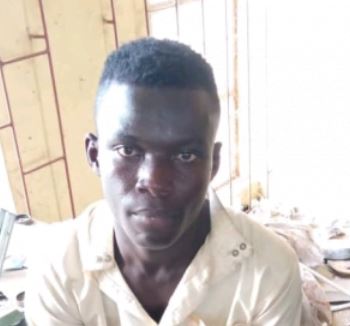 A man in the Adamawa State capital, Yola, Mustapha Abdulrahman has been arraigned for converting proceeds of 51 chickens which he obtained from a chicken farmer.

It was gathered Monday that Abdulrahman, who acted the part of a dealer, obtained 51 chickens from a farmer, Aisha Abubakar, at N1, 700 each and paid only N2,400 with a promise to pay the balance at a later date.

Abdulrahaman allegedly sold the chickens at N1,200 each and spent the proceeds on women.

Facts on the matter have it that all efforts by Aisha, who is of Jambutu Ward in Jimeta, to get the balance that Abdulrahman promised, went in vain, prompting her to report the matter at the Jambutu Police station, from where the cause was taken to court.

The content of the First Information Report (FIR) of which he pleaded guilty, was read to him, sequel to an application by the Prosecutor, Corporal Ismail Mohammed of the Jambutu Divisional Police Station.

Muhammad Lamurde of the Jimeta Area Court II who entertained the matter on Monday, remanded the defendant after he pleaded guilty.

The judge thereafter adjourned the matter to next Tuesday, September 13, for a possible summary trial.

Abdulrahman is being tried on charges of ‘criminal breach of trust and cheating'.