The man was seen in the viral video being confronted by some persons who caught him in the act. 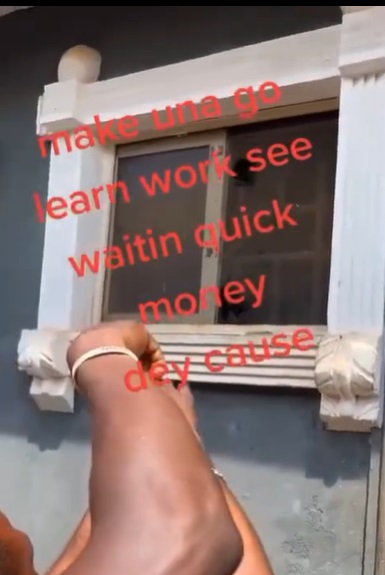 A young man has been apprehended by residents of a community after he allegedly stole panties from a bathroom window.
In a viral trending video, the man was seen being confronted by some persons who accused him of tearing the bathroom window's net to steal the panties.
They also insisted that he must name the person that sent him to steal the underwear.
Watch the video below: