The Greek Cypriot police revealed that the response from the Fire Brigade curtailed the inferno from spreading to other facilities. 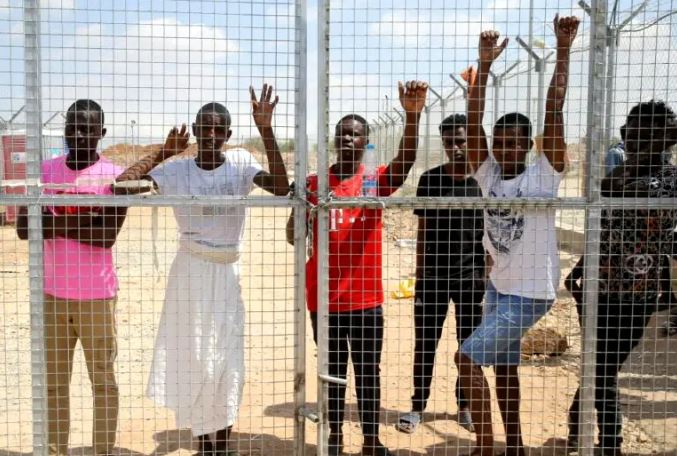 Some Nigerian migrants have caused a serious stir in Cyprus.

The migrants who are in kept at the Menoyia Immigration Detention Centre in Larnaca, South Cyprus set camp tents on fire on Monday.

A report from Nigerian Abroad said they razed the detention camp tents to protest against the authorities of the country for not informing them of the actual date they would be deported to Nigeria.

The Greek Cypriot police revealed that the response from the Fire Brigade curtailed the inferno from spreading to other facilities.

The Nigerians, are reported, to be waiting for their flights back home as part of their voluntary return in the “next few days.”

They, however, were disgruntled when the authorities did not reveal the details of the flight schedules to them.

Four people have been arrested in connection to the incident as two tents were set on fire and part of the barrier destroyed.

The report, further, disclosed that Limnes Centre in the Larnaca district has received major funding over the past few years to ease the encumbrance of the overloaded Pournara Centre.

The Pournara Centre was where Nigerians had a clash with Syrian migrants some months ago.

Meanwhile, the government has pursued to considerably increase the rate of returns among failed asylum seekers and irregular migrants.

In June, Interior Minister, Nicos Nouris said the objective was to “minimize flows and maximise returns.”