American billionaire, Jeff Bezos has reacted to a tweet by Professor Uju Anya. 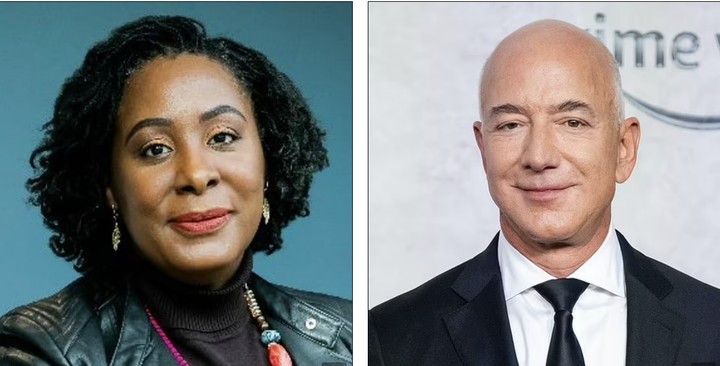 Billionaire Amazon CEO, Jeff Bezos has reacted to a tweet by Professor Uju Anya against Queen Elizabeth II.
In a now suspended tweet, Anya had wished Queen Elizabeth II a painful and excruciating death.
Recall that the Queen later died at the age of 96.
Uju Anya is a 'anti racist' teacher and associate professor at the Carnegie Mellon University in Pittsburgh, Pennsylvania.
Her tweet had called out the British monarch for heading a 'thieving, r3ping, genocidal empire.'
Reacting to the tweet, @JeffBezos wrote:
This is someone supposedly working to make the world better? I don’t think so. Wow. https://twitter.com/ujuanya/status/1567863337991512064
Uju Anya fired back, writing:
@JeffBezos
Otoro gba gbue gi.
May everyone you and your merciless greed have harmed in this world remember you as fondly as I remember my colonizers. 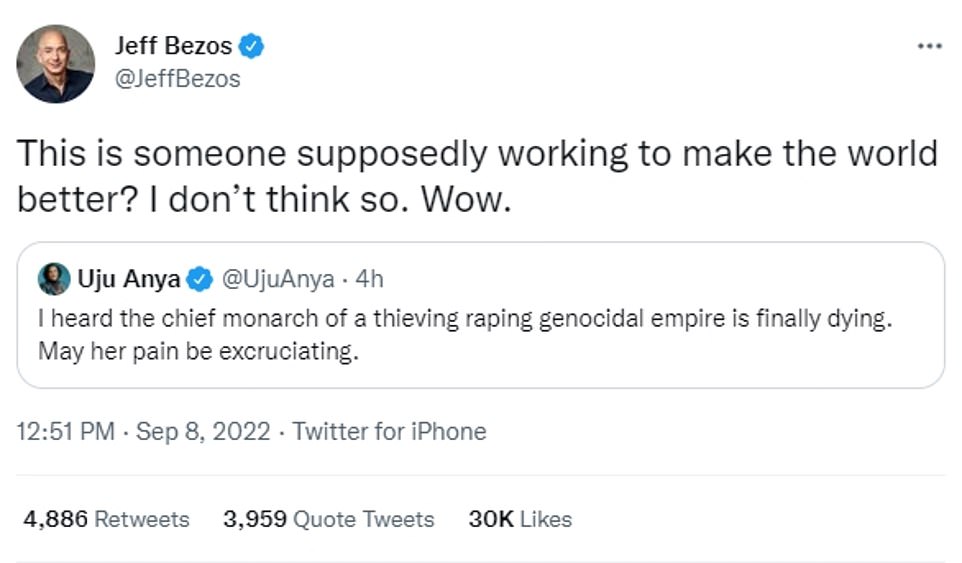 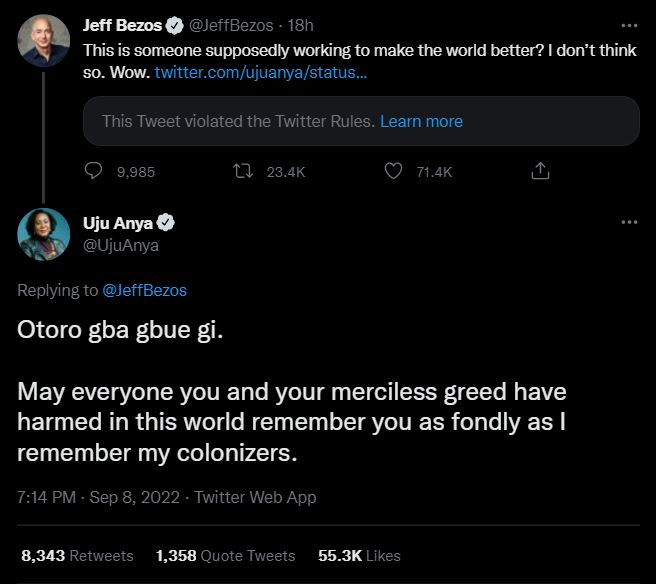