Jyoti Amge, 28, from India, is a Guinness World Records star as she has two impressive records under her belt. 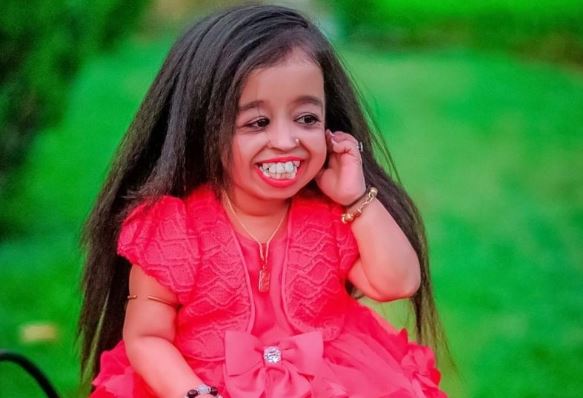 This is Jyoti Amge, a 28-year-old actress from India who happens to be the shortest woman in the world.

Standing at a mere 2ft 0.72in (62.8cm) tall, the Indian actress holds the title of shortest living female (mobile).

Jyoti Amge, 28, from India, is a Guinness World Records star as she has two impressive records under her belt.

"The doctors think that the reason behind my height not increasing is a deficiency of growth hormones," she previously told the Guinness World Records.

Jyoti has a form of dwarfism called achondroplasia, and the average female who has the same growth anomaly typically grows to 48 inches tall.

Although her stature might be small, she certainly has a big presence and personality to match. 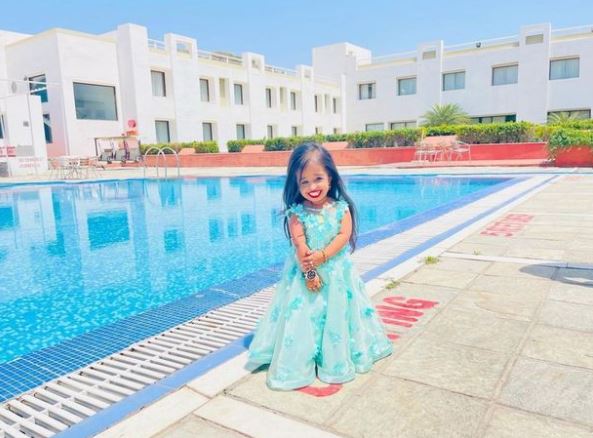 During a TLC special with her in July 2020, her parents revealed that Jyoti was viewed as a “goddess” in her hometown.

“Jyoti doesn’t believe she’s a god. She wants to be an actor and behaves accordingly,” her mom, Ranjana Amge, explained to producers.

And since then, Jyoti’s dreams have come true.

Over the years, she has expanded her resume and gained a loyal fanbase after sharing her story.

The 28-year-old also holds the record for the shortest actress, which she received after appearing as a regular character in American Horror Story: Freak Show. 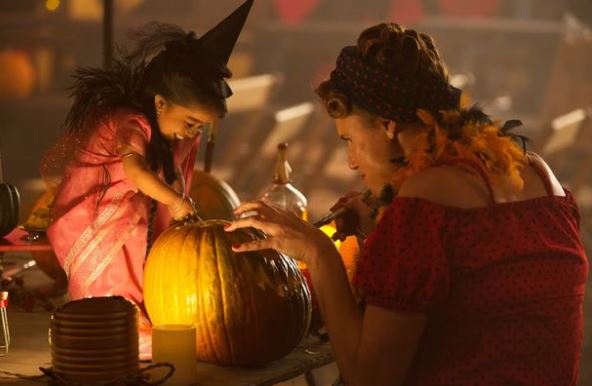 The series was set in 1950s Jupiter, Florida, and Jyoti played a performer in a freak attraction.

According to her mother, Jyoti measured a normal size at birth and during the first years of her childhood but her growth halted at the age of five.

While life can sometimes present the 28-year-old with some challenges because of her size, her friends and family have always offered her plenty of support and encouragement. They ensure that Jyoti always feels empowered to follow her dreams.

She can also count on the support of her countless fans, who she has gained thanks to her world records as well as her TV appearances. 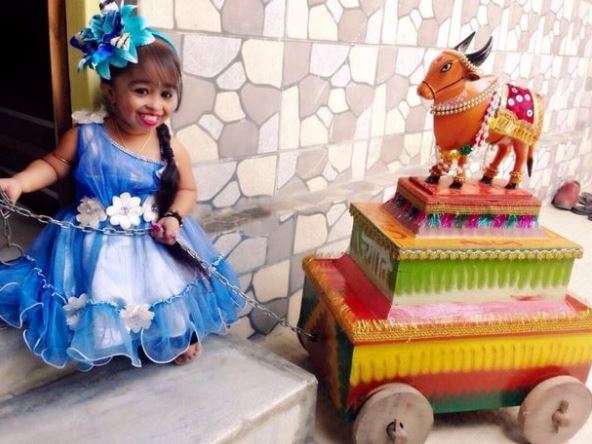 So far Jyoti has been featured in international TV shows as well as several movies in and out of her homeland and means to extend her acting career.

"Everyone is fond of me, and I feel popular at that moment," she previously said.

"I want to build my career in acting and I want to do more TV shows in the future."

Jyoti has grown a loyal fanbase and has 1million followers on Instagram and almost one million on her YouTube channel.

And just like any other celebrity, she is often stopped by fans to take a photo.