Court To Rule On Baba Ijesha’s Bail Application On Monday


The bail application is sequel to the jail term that was handed down to Baba Ijesha by Justice Taiwo, who sentenced him to a five-year concurrent jail term. 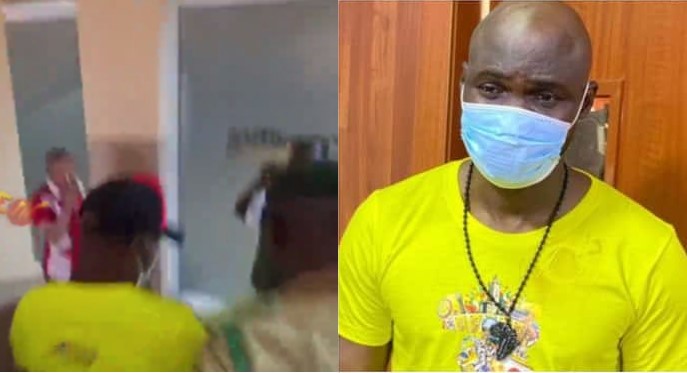 Nigerian actor, Olanrewaju James aka Baba Ijesha has begged an Ikeja Special Offences Court to grant him a special bail.
He made the application on Monday.
His lawyer asked whether the convict has met special circumstances for the court to grant him bail.
Justice Oluwatoyin Taiwo fixed the date after taking arguments from both the prosecuting and defence counsel.
The bail application is sequel to the jail term that was handed down to Baba Ijesha by Justice Taiwo, who sentenced him to a five-year concurrent jail term.
However, his legal team is in court to appeal the judgment.
When the matter came up on Wednesday, one of the convict’s counsel, Chukwudi Adiukwu, told the court that the team brought to notice for bail pending the appeal pursuant to Section 6 (6) of the 1999 Constitution and Section 51 of the High Court Law of Lagos State, Administration of Criminal Justice Law, admitting the applicant to bail, either unconditionally or upon reasonable conditions.
Speaking on the special circumstances, Adiukwu explained that the application was taken before Justice Taiwo, as securing a date at the Court of Appeal might be difficult considering the number of cases before the court.
He stated that with the prison month calendar, the convict would have served his five years concurrent jail term within three years and six months before the hearing might take place at the Appeal Court.
He added that Baba Ijesha was of good conduct before the court during his trial, and was never absent till the judgement.
He, therefore, urged the court to consider the special circumstances to grant bail to the convict.
Reacting to this, the state prosecuting counsel, Omowunmi Bajulaye-Bishi, said the defence counsel in their address failed to establish the special circumstances which may grant Baba Ijesha bail; therefore asking the court not to grant bail to the convict.
Justice Taiwo adjourned to September 19, 2022, for ruling.
Top Stories