The journalist announced that he is donating the kidney on God’s order in the Holy Bible to Love our neighbours as ourselves. 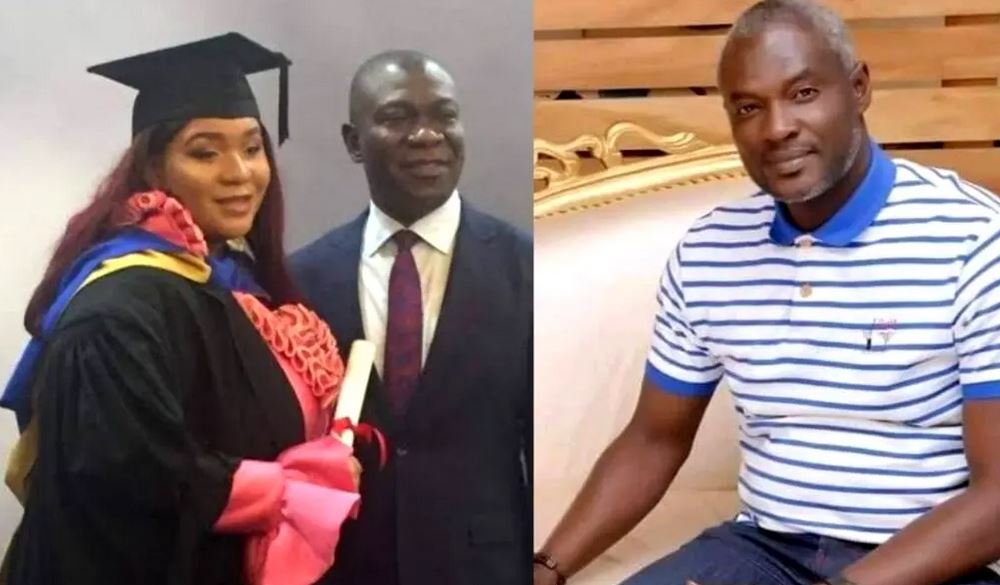 John Femi Adi, a former Secretary of the Nigerian Union of Journalists (NUJ), Kaduna State Council, has accepted to donate one of his kidneys to the daughter of Senator Ike Ekweremadu, Sonia.

The journalist announced that he is donating the kidney on God’s order in the Holy Bible to Love our neighbours as ourselves.

He disclosed this on Friday morning on his Facebook page.

He wrote, “I, Comrade John Femi Adi, a Kaduna-basedrnalist and farmer hereby announce my ‘agape’ decision to donate one of my kidneys to Senator Ekweremadu’s beautiful daughter.

“I am doing this on God’s order in the  Holy Bible to Love our neighbours as ourselves .

The post caught the attention of former Kaduna central senator, Shehu Sani who in a tweet while sharing the post, described the journalist as a “Good Samaritan”. 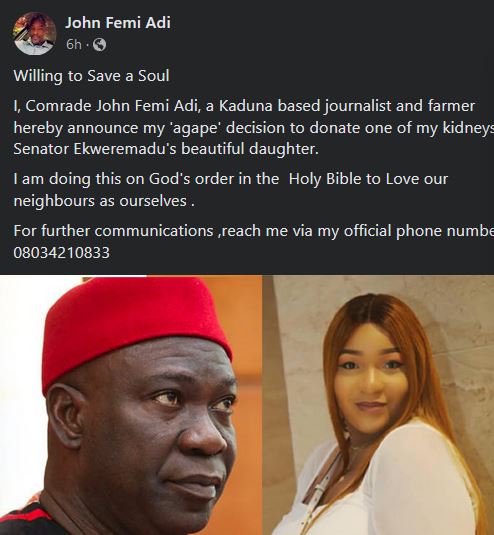 Sonia had on Monday pleaded with members of the public to donate a kidney to her after she was diagnosed with a rare kidney disease.

The 25-year-old, whose parents are facing charges of organ harvesting in the United Kingdom said she had to drop out of the university on account of the ailment.

She begged that since her ailment was genetic, none of her family members could donate to her, adding that the donation came with no reward according to England laws.