All Not Well With Nigeria, We Told Buhari Many Times – Sultan of Sokoto


Abubakar spoke at the National Unity Conference of The Alumni Association of the National Institute for Policy and Strategic Studies (AANI). 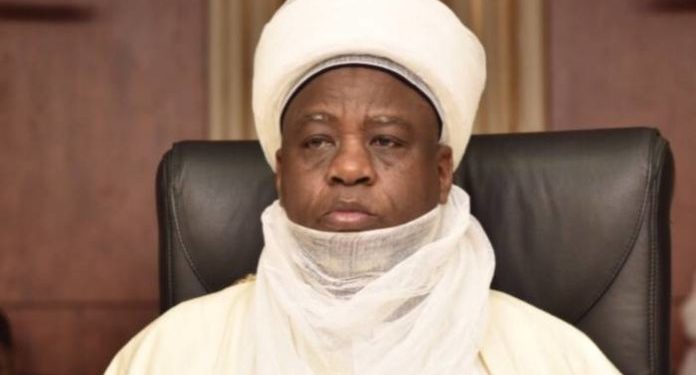 The Sultan of Sokoto, Sa’ad Abubakar III has stated that those saying things are going well in Nigeria are lying.
The revered monarch said this on Tuesday in Abuja.
According to him, all is not well with Nigeria.
The revered monarch also disclosed that the fear has been severally mentioned to President Muhammadu Buhari.
Abubakar spoke at the National Unity Conference of The Alumni Association of the National Institute for Policy and Strategic Studies (AANI).
The Sultan said the problem of Nigeria could only be addressed by citizens, adding that elections must not be seen as “do or die”.
The head of Muslims in the country noted that the people must retrace their steps towards building a better society.
“If anyone is telling you that everything is well in this country, he is telling you lies.
“We have had so many times to say it in front of Mr. President.
“Things are not normal and I think to know that you have a problem, you have half of the solution.
“Let us continue to talk to one another, let us not get tired of talking to one another”, NAN quoted him saying.
Abubakar advised Nigerians to see their diversity as an act of God, adding that God was not wrong to have brought different ethnic groups together.
Top Stories