Bandele was a dedicated artist with strong passion for life and a string of successes in his writing and film-making career. 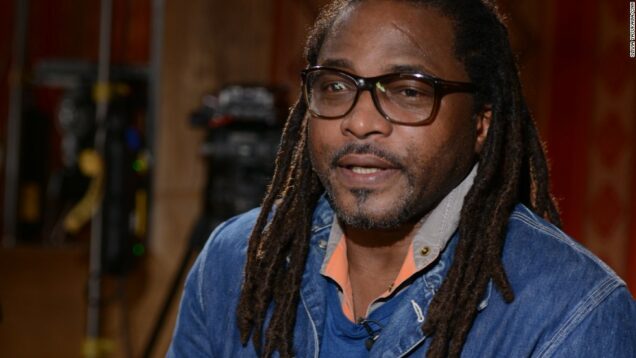 He will be cremated in a private ceremony today, Friday 23 September, at the Ebony Vaults, Ikoyi, Lagos.

While the family is working out plans for a celebration of the accomplished writer’s life and work later in the year, today’s ceremony is small, private and is expected to be attended by close friends and family of the deceased.

Bandele died on Sunday 7 August 2022 in Lagos. His untimely death came as a shock to the literary world and he elicited tributes from writers across the globe, who praised his humility, commitment and passion for literature and the arts.

In a statement, Temi, daughter of the deceased writer, described him as “a storyteller to his bones, with an unblinking perspective, singular voice and wisdom which spoke boldly through all of his art, in poetry, novels, plays and on screen. He told stories which has made a profound impact and inspired many all over the world.”

Born to parents of Abeokuta, Ogun State in Kafanchan in Southern Kaduna, on 13 October, 1967, Bandele was studying Dramatic Arts at the University of Ife (now Obafemi Awolowo University), Ile Ife, when he won the BBC Play-writing Competition, and thereafter relocated to England where he had a flourishing career as a writer. By the time he relocated to London at 22 in 1990, he was already armed with the manuscripts of two novels and ready to shake the world.

Bandele was a dedicated artist with strong passion for life and a string of successes in his writing and film-making career.

He shot to the limelight with the publication of his debut novel, The Man Who Came in from the Back of Beyond, in 1991 at the age of 24. He followed it with a string of novels, which include The Sympathetic Undertaker and other Dreams, The Street, and Burma Boy, a recreation of the story of his father and other veterans of the Second World War, who served in Burma, India, which he was working on to be adapted for film. Before his passing he had recently concluded a novel, Yoruba Boy Running and submitted it for publishing.

His plays include: Rain; Marching for Fausa (1993); Resurrections in the Season of the Longest Drought (1994); Two Horsemen (1994), selected as Best New Play at the 1994 London New Plays Festival; Death Catches the Hunter and Me and the Boys (published in one volume, 1995); and Oroonoko, an adaptation of Aphra Behn’s 17th-century novel of the same name. In 1997, Bandele did a successful dramatization of Chinua Achebe’s Things Fall Apart.

Bandele’s stage adaptation of his own novel, The Street (1999), premiered in 2001 and was published in one volume with his play, Happy Birthday Mister Deka, which premiered in 1999. He also adapted Lorca’s Yerma in 2001.

His latest work is Elesin Oba, the King’s Horseman (2022), which he adapted from Wole Soyinka’s classic drama, Death & The King’s Horseman, and directed for Ebony Life Films. The film is yet to be released, but slated to be screened at the Toronto International Film Festival, TIFF, in September.

He was also a director of the highly successful Television Series, SHUGA: What’s Your Reality. He directed FELA – Father of Afrobeat (2018), a TV special documentary for the BBC; and his self-produced TV-Movie documentary, Africa States of Independence (2010).