Musa Danmadami, the director of defence media operations in a briefing on Thursday, said several terrorists were killed in the military attack. 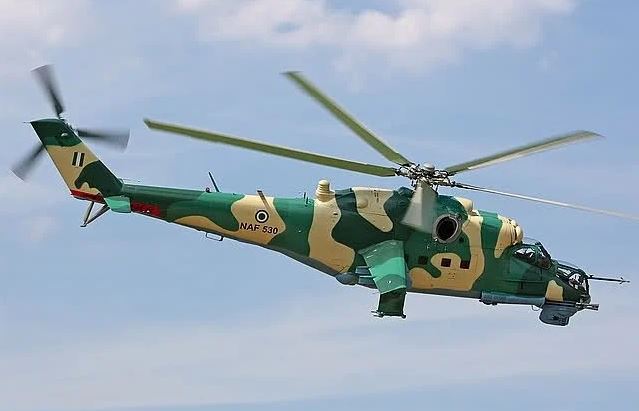 A suspected terrorists’ hideout at Gaude in Shiroro LGA of Niger state has been bombed by troops of operation Whirl Punch.

Musa Danmadami, the director of defence media operations in a briefing on Thursday, said several terrorists were killed in the military attack.

According to him, most of the terrorist attacks on Shiroro communities were organised from the suspected location struck by the troops.

“The air component of operation Whirl Punch continued the onslaught against terrorists, as an air interdiction operation was carried out on 8 of September 2022 at an identified terrorists hideout at Gaude in Shiroro local government area of Niger state,” Danmadami said.

“Intelligence report confirmed that the location was usually used by the terrorists for planning their nefarious activities. It was further revealed that all the attacks around Shiroro were orchestrated from this location and consequently, the hideout was bombarded.

“Feedback, revealed that several terrorists were neutralised with others fleeing with various degrees of injuries.”

In April 2021, Abubakar Bello, governor of Niger, had said that members of Boko Haram have hoisted their flag in Shiroro LGA, and were grouping in some communities in attempt to take over some parts of the state.

In another development, Danmadami said suspected members of a cultist group called Sara Suka boys, were arrested at their hideouts located at Rikkos and Nassarawa in Jos LGA of Plateau state.

According to him, items recovered from the suspects were 12 pump action guns and 374 cartridges.

He added that the arrested suspects and recovered items were handed over to the Nigerian police for further action.