Tinubu posted a short video of himself on an exercise bike on Sunday evening to debunk rumours making the rounds that he is very sick. 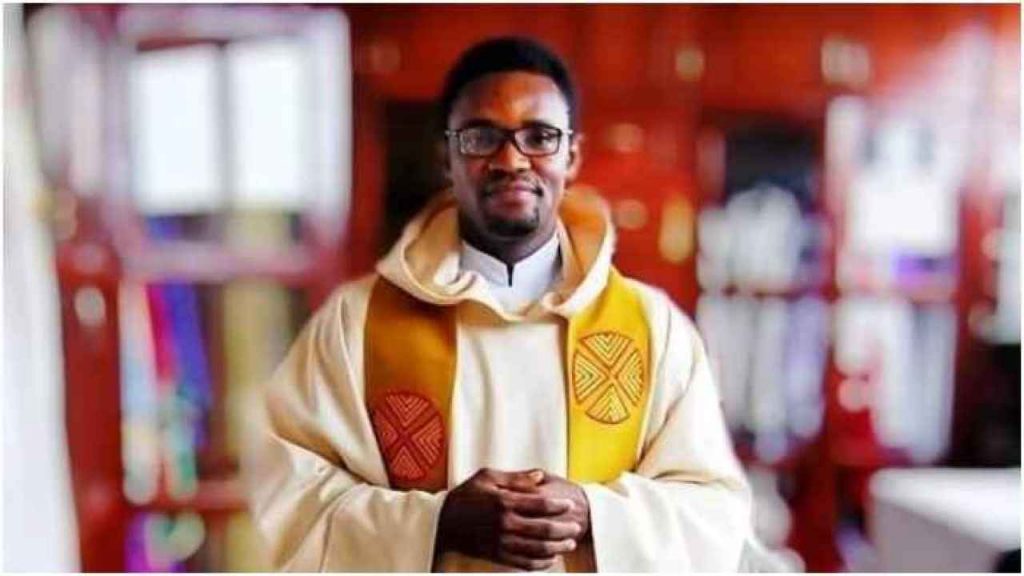 A popular Catholic priest, Rev Fr Kelvin Ugwu has called out the presidential candidate of the All Progressives Congress, APC, Asiwaju Bola Tinubu, and his Peoples Democratic Party, PDP, counterpart, Atiku Abubakar.
Ugwu said Tinubu and Atiku are greedy men who surrounded themselves with sychophants who can't tell them the truth.
He spoke ahead of the 2023 presidential election.
Recall that Tinubu posted a short video of himself on an exercise bike on Sunday evening to debunk rumours making the rounds that he is very sick.
Similarly, a motion picture of Atiku, which captured him dancing to a song by a Nigerian artist, also went viral on Sunday.
Reacting, Fr Kelvin, a missionary priest serving outside the country, said in a post on his verified Facebook page that the video clips exposed the weakness of the two presidential candidates.
He wrote, “I never knew Atiku is this old. I never knew Tinubu is this sick. The dance video exposed Atiku as one who is really old and frail.
“The cycling video exposed Tinubu as one who is so sick and in need of validation with any video, even if it is an old video.
“The big problem with both of them is greed. The biggest problem with both of them is that those around them are more greedy. They successfully surrounded themselves with sycophants and parasites than true and genuine lovers who would tell them the truth to their faces.
“The joy is that we have an alternative. For a long time now, there has never been the third force in our elections, we have not had the privilege of having the man in the middle”.
Top Stories