There are growing concerns over the exorbitant rates of blood and blood products as well as screening them at public and private hospitals in the country. 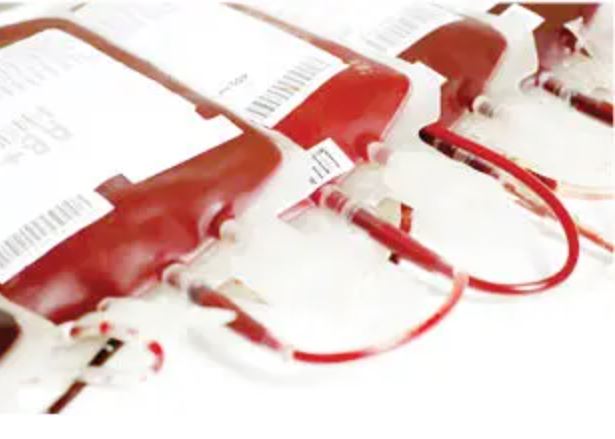 Daily Trust reports about the trend of hospitals extorting patients over blood donation.

Ahmad’s wife is an expectant mother, and as is the usual practice, the private hospital where she attends ante-natal care asked him to donate blood for her.

He got a pint of blood from the National Blood Service Commission (NBSC) in Abuja at the rate of N8,000, and took it to the hospital.

However, he was shocked when he was asked to pay N10, 000 for the screening of the blood. He lamented that the amount for screening should be far less if they must rescreen the blood product.

“They gave me the flimsy excuse of screening for infections, and blood group etc., but I was wondering why they should rescreen it since it has already been screened  by NBSC, which has even better testing machines than the  hospital.

“If they must rescreen, why such a high amount of money.

For three pints of blood, that means I will pay a screening fee of N30, 000, that makes it N53, 000 for blood alone.  So at the end of the day you discover it is more like a money spinning venture or extortion of patients and their families by hospitals,” he said.

He lamented that at the end of the day, his wife didn’t  eventually use the blood during delivery and neither the screening fee nor the blood itself was returned to him.

“Even if the blood is returned, it will be of no use to me. While we are not saying  there should be no repeat screening at these public or private hospitals, they should reduce the amount they charge. There is nothing wrong in retesting for like N2, 000 or N3, 000 for instance. There is no reason why the hospitals should be charging more than the NBSC where I got the blood from at N8,000 given the technicalities in getting blood, donors, screening and maintaining their cold chain among others,” Ahmad said.

There are growing concerns over the exorbitant rates of blood and blood products as well as screening them at public and private hospitals in the country.

Patients and their relatives lament that they are made to pay high amounts of money whether they get blood from voluntary and family replacement donors or from the NBSC.

Blood donation supports complex medical and surgical procedures, and plays essential, life-saving roles such as in maternal and child care  and during the emergency response to accidents, and man-made or natural disasters.

Mathew’s cousin was booked for surgery at a teaching hospital and was asked to make arrangements for three units of blood before the surgery.

He said, “That means N14,000 for each unit making a total of N42, 000, for the three units. This is high because raising money for surgery and other consumables was not easy. And they said he might need more units after surgery.

“This amount is beyond the reach of the average Nigerian especially given that these blood units may not end up being used. The hospitals will not return them to you but sell them to other persons.

“They use it to make money and it is like a syndicate with the hospital management, medical laboratory scientists and other staff involved. There is a need to make the fee for this life-saving product minimal in hospitals.”

Ishola Abdulhafiz, a patient at the University of Ilorin Teaching (UITH), needed two pints of blood before doctors could carry out a surgery on him. Although the hospital provided the blood from their bank, an attempt to replace it became another subject of disagreement when he was told that he had to pay N4,700.

“Why should I pay such an amount when I supplied the donors and paid for their logistics to get them to the hospital?,” he queried.

Abdulhafiz’s plight is being faced by many as the blood banks in most of the government and few private hospitals are getting depleted without corresponding replacement processes.

As a result, patients are made to bear the cost of the donation by their loved ones to save their lives. Many of those affected have queried the rationale for being made to pay for blood that was got free mostly from voluntary donors.

However, Dr Adeyemo Toyin David, a consultant hematologist at UITH, said the hospitals are not to be blamed for the development.

He said, “Hospitals have what we call revolving funds system where some amount of money is kept to render services to the people. But all the kits that are used to test the patients and conduct screening tests for diseases like Hepatitis (A and B), HIV, among others before bleeding a donor are got from the money”.

He said the situation would have been worse if activities like the recent World Blood Donor Day by the World Health Organisation (WHO) and other activities of groups to support voluntary donations were not in place.

“If we now say people should not pay for blood from donors on their behalf, how will the money revolve? So I think solving the problem lies in the hands of the policymakers and saying donation is free in government hospitals is a political statement because you have to buy drugs, needles and gloves among other costs”, he noted.

He said while adult males can donate four times in a year, eligible females can only do it three times, adding that adult individuals have about five litres of blood in their bodies.

A regular donor, Habeeb Mudashiru Omokayode, said the government should complement the activities of voluntary donors with policy to ensure sick patients are not made to bear the cost of donation despite providing donors.

He said, “I believe that I am saving lives and call on other Nigerians to do same. Government must also complement our efforts.”

On her part, another donor, Aderibike Aishat, said voluntary donation would take care of commercial donors who have turned it to a business of sort and exploiting people.

Acting director-general of the National Blood Service Commission (NBSC), Dr Omale Amedu, said there were a lot of blood donation and screening services scams going on at both public and private health facilities in the country.

He said the health sector deals with living tissues, and human beings whose parts cannot be replaced easily, adding that it is on that basis the federal government put in place a national blood service commission that is mandated to regulate any blood or blood product.

“So any blood or blood product that is provided by the NBSC is deemed to be the best in the country because the federal government has put in place high tech equipment and high human resource capacity to ensure that this blood is produced safe and of high quality.”

He said therefore no hospital in Nigeria (whether government or private) has the right to test any blood that is produced by the commission.

On the high cost of blood and blood products, he said in reality more than N50, 000 is required to screen one safe pint of blood but that the federal government set up the commission to enable the public to access blood at a very low cost.

He said that is why in the commission and all its facilities all over the country, blood is ‘accessed’ and not sold for N8 , 000 .

“The amount   is just to enable them to recoup the daily consumables they use in screening and to keep the blood safe. That is what it is for otherwise, it is given free of charge,” he said.

Asked about the disparity in costs of blood and screening across facilities, he said N8, 000 is also the maximum Nigerians should pay to access blood anywhere in the country.

“No blood for now should be given to anybody at more than N8,000 including  the screening itself; that  is the blood donated, the  screening and everything involved to access a pint of blood is N8,000. “

He enjoined Nigerians to voluntarily donate blood so that it can be available at the commission for people to access.

Dr Amedu said very soon any blood that is transfused by any hospital without the commission’s authorisation stamp will be deemed fake and the commission will go after them.

“The stamp is not out yet but will soon be. If you go to any health facility and don’t see the NBSC seal of accreditation on that blood, that blood is  fake and is not safe for transfusion,” he said.