Urum will transition into a non-executive member of a new board and will lead the startup’s investment strategy and provide guidance on technology. 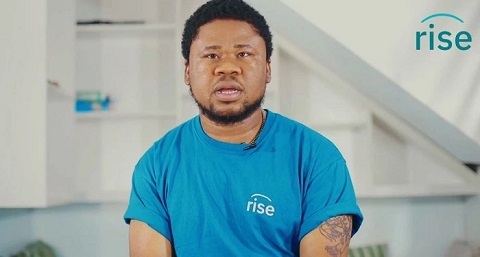 The founder and CEO of Risevest, Eke Urum, has been found guilty of s3xual impropriety and abuse of power.
A panel set up in August to investigate allegations against announced the verdict.
Earlier in August, Urum was asked to step down as the company set up a three-man investigation to look at allegations leveled against him by a staff of the company. The panel members included Tomi Davies of TVC Labs as Chairperson; Dunoluwa Longe of TLP Advisory as Legal Adviser and, Toun Tunde-Anjous of The People Practice as People and Culture Adviser.
Risevest in a statement revealing the findings of the panel said: “The evidence presented to the panel could not prove s3xual assault by Eke Urum. However, the evidence presented to the panel including admitted s3xual relations with an employee and unwanted, inappropriate jokes and conversations revealed s3xual impropriety. It also showed a pattern of abuse of power, intimidation, retaliation, and workplace bullying by him.”
According to the statement, the panel recommended that Urum should not be reinstated as CEO. Instead, Tony Odiba, the acting CEO, will remain in that capacity until the newly constituted board appoints the next CEO.
Urum will transition into a non-executive member of a new board and will lead the startup’s investment strategy and provide guidance on technology.
The investigation panel also recommended that a board of directors comprised of Urum, Tony Odiba, two investor representatives, and one independent member approved by both founder and investor groups, be immediately constituted.
Risevest was founded in 2019 by Bosun Olanrewaju, Eke Urum, and Tony Odiba. The startup allows Africans to invest in foreign investment opportunities.
The company’s last funding was an undisclosed seed round in March 2021. And its disclosed funding to date is a $120,000 seed round from July 2020. In August 2021, Risevest, which then had over 12,000 people present in its Telegram learning community, was one of four fintech companies whose accounts the Nigerian central bank froze for 180 days for engaging in speculative trading that allegedly weakened the naira against the dollar.
Two months later, in October, the company overturned the order.
Top Stories