The Adamawa State Police Command confirmed the arrest to SaharaReporters, adding that majority of the suspected terrorists were young people aged 19 to 40. 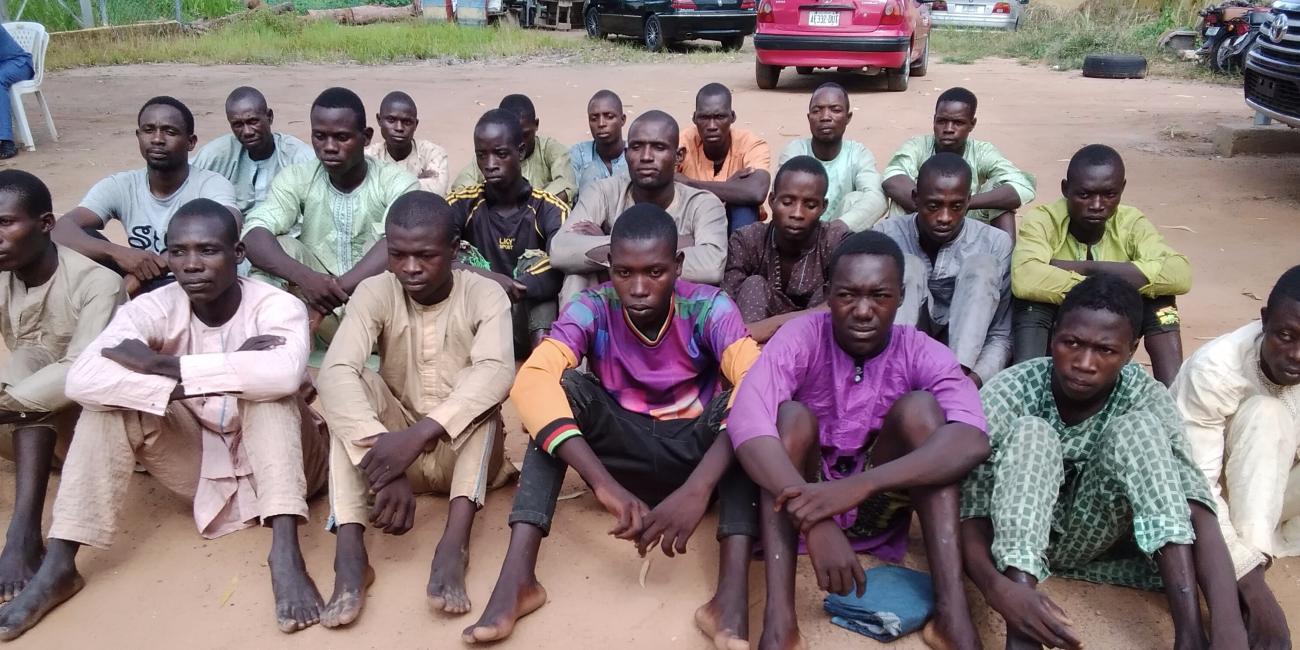 According to a report by SaharaReporters, as many as 21 suspected terrorists have been nabbed by the Nigerian police.

The terrorists, from Zamfara State were arrested by the Nigerian police while on their way fleeing to Cameroon.

The Adamawa State Police Command confirmed the arrest to SaharaReporters, adding that majority of the suspected terrorists were young people aged 19 to 40.

According to the police, the suspects were intercepted at Muchalla, a border village in the Mubi North Local Government Area, while attempting to escape into Cameroon, all the way from Zamfara State.

Spokesperson for the Command, SP Suleiman Nguroje, said on Thursday, "The Command in collaboration with Muchalla community members in Mubi North LGA apprehended the suspects.

"The arrests followed public outcry by the inhabitants of the community having sighted young men in large numbers travelling all the way from Zamfara to Cameroon Republic.

"As I am talking to you now, 21 suspects are in our custody undergoing investigation. The Command is doing everything possible to gather both human and material evidence to substantiate allegations levelled against them.”