e was jailed today at Chelmsford Crown Court for life with a minimum term of 23 years and six months. 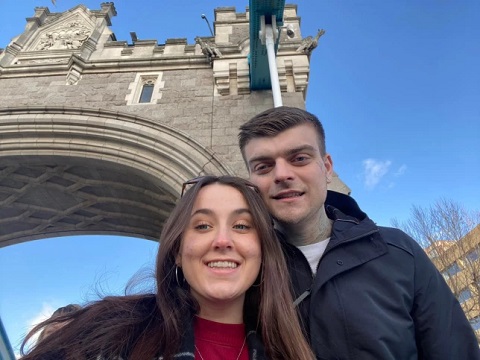 A 23-year-old man has been jailed for killing his girlfriend.
The man identified as Jack Sepple murdered a Canadian teenager he met online, who had flown to the UK to be with him.
Jack Sepple, 23, stabbed Ashley Wadsworth, 19, to death after she travelled thousands of miles across the world.
She was found unresponsive at a property in Tennyson Road, Chelmsford on February 1 this year.
He was jailed today at Chelmsford Crown Court for life with a minimum term of 23 years and six months.
Sepple was arrested at the scene and later charged with Miss Wadsworth’s murder.
Ms Wadsworth had travelled from Vernon in British Columbia on a six month tourist visa.
Her great aunt Tova Wadsworth said that she was on the ‘trip of a lifetime’ after arriving in the UK in November last year.
Earlier this year she posted photos online of her ‘amazing trip to London’, where she had been sightseeing.
Top Stories