Onuoha, who hails from Umuguru Nvosi in Isiala Ngwa South LGA ,disclosed this at the launching of his book,’My Lives and Times in Retrospect, an autobiography by Godwin Onuoha’. 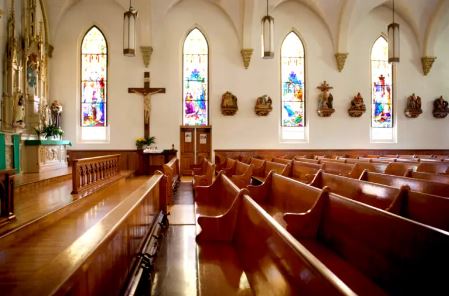 Elder Godwin Onuoha, a retired school Principal, has made a startling revelation about his church.

He arrated how his church ,the United Evangelical Church UEC ,ordered him to renounce the chieftaincy title which the traditional ruler of his community conferred on him in 1983.

Onuoha, who hails from Umuguru Nvosi in Isiala Ngwa South LGA ,disclosed this at the launching of his book,’My Lives and Times in Retrospect, an autobiography by Godwin Onuoha’.

However ,his ordination for the higher office of eldership in 1987 was truncated by the church who insisted he must renounce his chieftaincy title before he could be ordained as an elder of the church.

His words: “I was set apart as a Deacon on 18th July,1982 and was due to go for eldership ordination in 1987. But this was truncated by the church over my chieftaincy title taken in 1983.

“After Chief Bernard Oyoyo,as he was then called, got crowned as the traditional ruler of Isiala Nvosi autonomous community ,he decided to honour a few distinguished sons of the community. I was one of those selected for the chieftaincy title.

“I referred the offer to my church and the senior elder sent me to the superintendency headquarters at Eziala,Isiala Ngwa south LGA. The pastor asked me if the chieftaincy title had any idol worship connotation. I replied negatively. He said I should go ahead and accept the offer.”

He explained that his acceptance of the chieftaincy offer and decoration sparked off controversy and caused division in the church.

“After attending the preparatory classes for the eldership ordination, I was refused being examined until I renounced my chieftaincy title. But neither the church nor I was prepared to give in to the other. I returned from the examination hall disappointed and disillusioned.

“It was after a decade that I swallowed my worldly pride and societal ego and accepted another invitation to attend the eldership classes with a proviso that I must renounce my chieftaincy title. This I did, completed the classes and took the eldership examination.”