Environmental officers who discovered the middle-aged man told newsmen on Wednesday they were really shocked with the discovery. 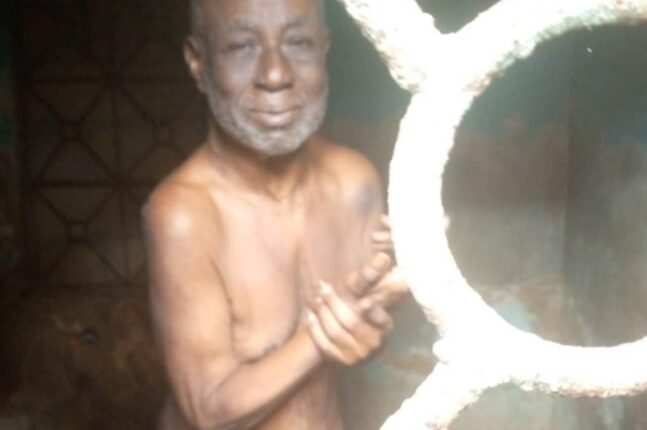 In what will come across as a really shocking development, a man ha sbeen found to have been locked in a room for decades.

The man who was locked up for twenty years in Benin street in the central part of Kaduna metropolis, was discovered by environmental officers on Wednesday.

Environmental officers who discovered the middle-aged man told newsmen on Wednesday they were really shocked with the discovery.

According to their spokesman, who pleaded for anonymity remarked that “Today we came to this house in search of beverages that were usually kept in residential houses without proper storage facilities when we saw a naked man locked up in a room.

“We found that he was in an uncomfortable position. The odour coming out from the room was unbearable.

“Later, we broke the room and brought him out. He was behaving like an animal. It was then we learnt that he was kept in the room for twenty years.

“We also found out he was fed in the room. He urinates and passed his faeces in the same room.

The Magaji Gari police in the heart of the Kaduna Central area was later invited and they took him away.