He specifically said the SUV was parked at Number 44 Gana street where the victim was shot in the head by one of the suspects and he died immediately. 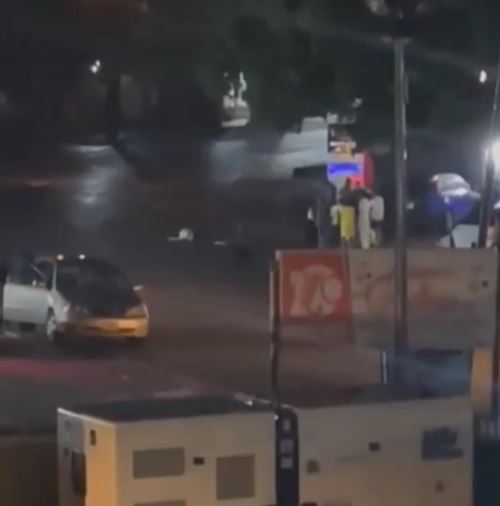 In what will come across as a really shocking development, at least one person has been killed in Abuja.

The man was gunned down when men suspected to be kidnappers invaded Gana Street of Maitama area of the Federal Capital Territory, Abuja.

It was learnt that the incident happened at about 8:46pm on Wednesday.

A resident, who pleaded anonymity, told Daily Trust that the victim was killed while trying to rescue a man that was being forced into a black Prado SUV by the suspected kidnappers.

He specifically said the SUV was parked at Number 44 Gana street where the victim was shot in the head by one of the suspects and he died immediately.

The source added that the suspects escaped with their victim while the body of the deceased was still on the street at the time of the incident.

According to him, this is the second incident happening o same Gana street in the past few weeks.

The resident said some persons loitering around the place may be behind the attacks.

When contacted, spokesperson of the police in the FCT Command, Josephine Adeh, who also confirmed the development to our correspondent, saie the police had already launched manhunt for the assailants.

Adeh, a Deputy Superintendent of Police, dismissed the allegations that police have not been doing anything to secure supermarkets in the area.

She said, “We are investigating. But that the police have not been doing anything to secure pharmacies in the area is not true. The CP has been working round the clock to ensure that the FCT is safe and secured for everyone to go about their business “