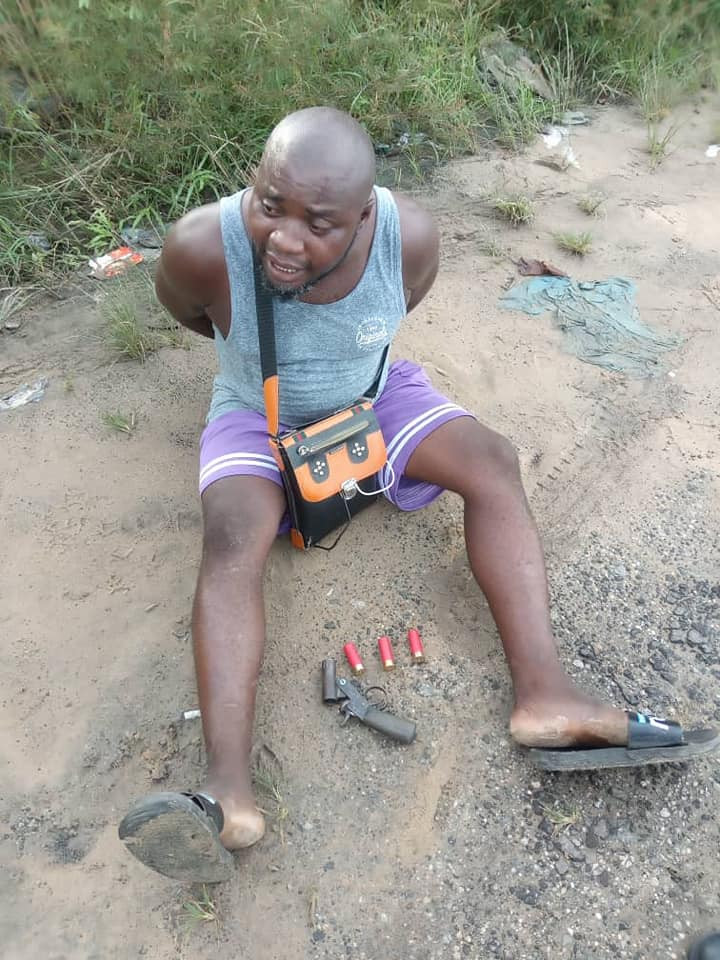 A suspected armed robber has been killed by operatives of the Delta State Police Command who also rescued a kidnap victim in Warri.

Spokesperson of the command, DSP Bright Edafe, who made this known in a statement on Sunday, October 16, said operatives also arrested another robbery suspect and recovered a pump action gun, cut-to-size locally made gun and nine live cartridges.

The PPRO said that the kidnap victim was rescued unhurt and has been reunited with his family.

"On 10/10/2022, the DPO Agbarho Division received a distress call that one man (name withheld) was kidnapped at his residence in Warri alongside his highlander SUV(Reg. No. withheld), and that the hoodlums were advancing towards Agbarho, the DPO CSP Samuel Ogwa swiftly mobilized and led operatives who positioned strategically on the road," the statement read.

"As they were monitoring movement of vehicles, they sighted the highlander vehicle as described by the distress caller, but the driver unsurprisingly made a u-turn in a bid to escape. They were given a hot chase by the team led by the DPO and the hoodlums on noticing the determination of the team, abandoned the vehicle and escaped into a nearby bush. The Victim was rescued unhurt and has since been reunited with his family. Efforts are ongoing to arrest the fleeing suspects." 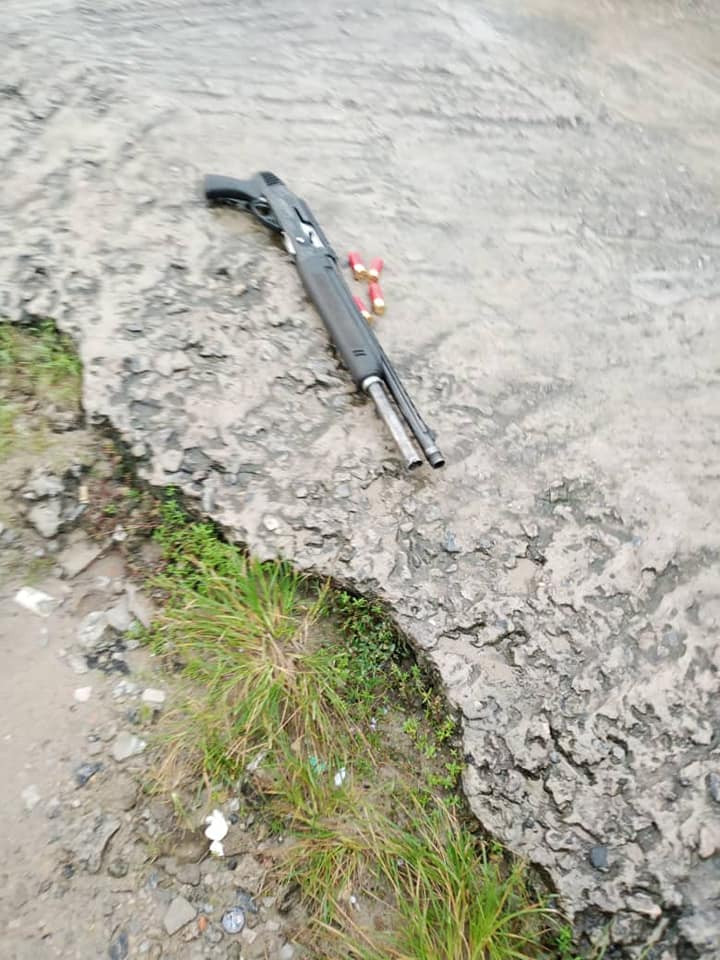 Edafe said that the robber died following an injury he sustained during a gun duel with operatives of the Rapid Response Squad (RRS) along Okere road Warri.

"On the 10/10/2022 at about 1600hrs, Police Surveillance Team attached to ‘B’ division Warri in a combined effort with operatives of Rapid Response Squad (RRS) while on surveillance patrol along Okere road Warri, noticed that a tricycle reversed upon sighting the Policemen," he stated.

"The team chased the suspects for about five minutes when the hoodlums suddenly opened fire on them. The policemen gallantly engaged them in a gun duel, and successfully neutralized one of the suspects while others escaped. The injured suspect was taken to the hospital where he was later confirmed dead by the doctor on duty. One Pump action gun, six (6) live cartridges were recovered and effort is being intensified to arrest the fleeing suspects.

In another development, a suspected robber identified as Charles Uzama, was arrested with one locally made cut-to-size gun along Warri-Sapele road.

"On 13/10/2022, one suspect Charles Uzama ‘m’ age 38yrs was arrested by men of Dragon 26 and Dragon 29. The suspect was arrested when the teams were on stop and search duty along Warri-Sapele road by Okwuvo town in Okpe LGA,"

"The team intercepted a silver colour Toyota corolla commercial vehicle with reg. no. KPE 219 DY conveying some passengers from Oghara to Warri. The Policemen subjected the passengers to a thorough search during which one locally made cut-to-size gun with three live cartridges were recovered from the suspect. He was taken into custody and investigation is ongoing."